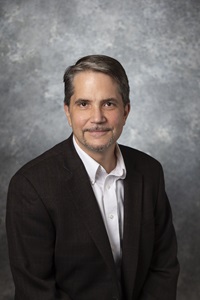 Dr. Steven E. Lindquist is Associate Professor and Director of Asian Studies. He is a specialist in South Asian religious traditions and his research focuses on Sanskrit religious literature, the rise of ascetic movements during the so-called "second urbanization" of India, and the narrative and mythological traditions of India. He first book is on the literary history of the sage Yājñavalkya and he has published articles on topics such as Indian numismatics and philosophical storytelling. He is currently working on his second monograph entitled Narratives About Knowledge: Reading Upaniṣadic Stories. He is the South Asia Editor for Religious Studies Review, a founding member of the South Asia Documentary Film Collective, and has been a board member of both the Hinduism Group (American Academy of Religion) and of the American Oriental Society.