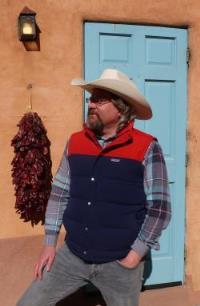 Dr. Johan Elverskog is Dedman Family Distinguished Professor, Professor of Religious Studies, and, by courtesy, Professor of History. He has published widely on the history of Buddhism across Asia and is the author and editor of nine books and numerous articles, which have won several awards and also been translated into Chinese, Korean, and Russian. He is currently working on two projects. The first is a history of Buddhism among the Uygurs of northwest China. The second is an edited volume Sources of Mongol Tradition, which is a comprehensive collection of Mongolian works covering the development of Mongolian civilization from the earliest beginnings until today, and is under contract with the Introduction to Asian Civilizations Series of Columbia University Press.

“Maitreya, Shambhala and the End of Buddhist Empire.” In Faith and Empire: The Art of Politics in Tibetan Buddhism, ed. Karl Debreczeny, 212-227. New York: Rubin Museum of Art, 2019.

“G.J.Ramstedt’s‘A Short History of the Uyghurs.’” In Language, Society, and Religion in the World of the Turks:Festschrift for Larry Clark at Seventy-Five, ed. Zsuzsanna Gulásci, 187-204. Turnhout: Brepols, 2019.

Elverskog’s research has been supported by the American Council of Learned Societies, the Ford Research Foundation, and the Andrew W. Mellon Foundation, among others. His book Buddhism and Islam on the Silk Road won the American Academy of Religion’s Award for Excellence. He has also been a fellow at the Interdisciplinary Humanities Center, the Swedish Collegium for Advanced Studies, the Center for Advanced Studies in the Behavioral Sciences at Stanford University, and the Käte Hamburger Kolleg at Ruhr Universität.