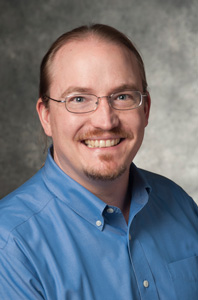 Associate Professor
Director of the Minor in Ethics

My primary research program is in metaethics and focuses on a set of closely related questions in moral metaphysics. What are moral obligations and what grounds them? How are conflicts between moral obligations possible? How can moral obligations be pro tanto obligations? How could circumstances that give rise to moral obligations in some cases fail to do so in others? (Or as Jonathan Dancy might put it, how could the right-making relation be holistic?) How do morally relevant factors combine and interact to make right acts right and wrong acts wrong?

Much of my work develops and defends a disposition-based account of morality and moral obligation (one that is, in many ways, analogous to disposition-based accounts of causation and causal laws). On this account, moral obligations are grounded (metaphysically) in irreducibly dispositional features or properties (powers, capacities, etc.) of moral agents and patients, rather than in rules or laws of one kind or another. Roughly, the idea is that our moral obligations (and our moral rights) are grounded directly in features of us (ourselves and others), rather than in (say) rules or laws that somehow bind us to do (or not do) certain things in certain circumstances.