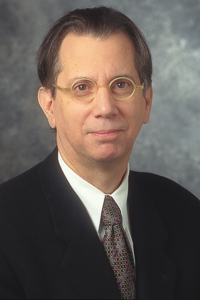 Causation. One of my main area of research has been causation. I have proposed theories in the three main areas of the metaphysics of causation: (1) what is it for two events to be causally connected? (2) What accounts for causal asymmetry or direction? (3) What kinds of things, for example objects or events, can stand in causal relations?

The Problem of Universals. A second main area of research is the theory of properties. I have developed a nominalist view of properties according to which properties are particulars, tropes.

Personal Identity. A third main area of research is personal identity. In particular I am interested in the Parfitian question of what matters in ordinary survival.

Philosophy of Science. In the philosophy of science, I have written on the concept of a function and goal-directed processes, including the issue of what distinguishes a mere effect of a thing, say an organ, from its function.

Objects and Object Persistence. I have published a number of papers on objects and persistence. The broad topic of these papers concerns the question of how objects are related to their properties.

The Problem of Mental Causation. I am interested in the challenge presented by physicalism of showing how a mind could have any causal role in a causally closed physical world.

Political Philosophy. I have published papers in the area of political philosophy.

What Matters in Survival: Personal Identity and other Possibilities, forthcoming (Oxford University Press, 2021).

Causation and Persistence: A Theory of Causation (Oxford University Press, 1997).

“Fission and Anticipating Having an Experience,” forthcoming Synthese.