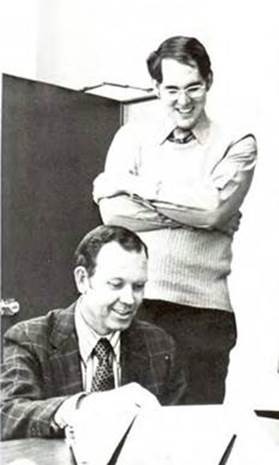 John Hall was raised in San Antonio, Texas, the only brother among three sisters. He applied to SMU based on a recommendation from his Methodist minister and came to the Hilltop for the first time to attend AARO in 1967, when tuition, fees, room and board totaled $1170. Once he arrived, he likes to say, he never left!  John received his Bachelor of Business Administration in marketing from the University in 1971, a Master of Liberal Arts in 1973, and a Master of Business Administration in 1979.

John began his career in the Registrar’s Office as a student worker his freshman year. When he graduated, he was offered a position as manager of records by then registrar, Donald Renner. After working several jobs in the office, in 1977 when Renner retired, John simply asked then Vice President of Student Affairs, Walter Snickenberger, if he could assume the role of registrar. Snickenberger claimed John was too young but could serve as acting university registrar.  After a year, John went back to Snickenberger to ask if he could drop the “acting” label. They did.  Over the next nearly 20 years, John’s role evolved into his current one, Executive Director of Enrollment Services and University Registrar.

Over the last 50 years, the role of a Registrar’s Office has grown from keeping paper records to maintaining sophisticated, on-demand, and online record-keeping systems. John has kept SMU’s Registrar’s Office on the forefront of technological change and efficiency.  He is constantly looking at ways to improve student experience and success. Many SMU alumni recall course registration in Moody Coliseum with thousands of students, paper lists and punch cards.  During his tenure as Registrar, John has managed the transition from coliseum registration to online self-service registration using my.SMU.  He has also led the development of academic ceremonies that recognize and celebrate the accomplishments of SMU’s students.

Joe Papari, Director of Enrollment Services for Student Systems and Technology and long-time member of John’s leadership team, says, “John is a great leader, role model and mentor for many, not only at SMU but at other universities as well. John takes particular pride in encouraging the growth of others in his profession. At SMU alone, there are many administrators who trained under John in the Registrar’s Office and went on to lead other offices across campus.”

Outside his registrar duties, John has served in numerous capacities at the University. He has chaired many committees and events, including the SMU Staff Association as Staff Association President in 2008 - 2009.  He was also an active participant of the University’s Judicial Council for nearly two decades, first as a board member and then as Chairman of the Council, a position he held for nearly a decade.

John is also the recipient of the esteemed “M” Award, the most highly-prized recognition bestowed upon students, faculty, staff and administrators on the SMU Campus.  As well, in 2020, the SMU Board of Trustees honored him with the Staff Recognition Award.

John is respected throughout the United States for his work as registrar at SMU. Many know his wide-ranging knowledge on everything pertaining to the job of registrar, and colleagues at other universities routinely reach out to him with questions about policies, processes, and best practices.  He willingly offers his expertise and advice in an affable, helpful way. In doing so, he is an excellent ambassador of SMU.

John takes great pride in his commitment to his family. He met his wife Cheryl (‘73), a business columnist for the Dallas Morning News, on a blind date to an SMU basketball game in his sophomore year. They married in 1972.  Their pride and joy is their daughter Katelyn, who arrived in 1992. Katelyn continued the family legacy at SMU as a Hunt Scholar and graduated with a bachelor’s degree in 2015 and a master’s in 2017. She currently works as Director of Annual Giving for Teach for America DFW.

Fifty years and an estimated 670,000 student transcripts later, one finds it hard to imagine John sitting still in retirement. His plans include travel, golf, serving as a board member on the Moody Scholarship Foundation, and volunteering in the community where needed. 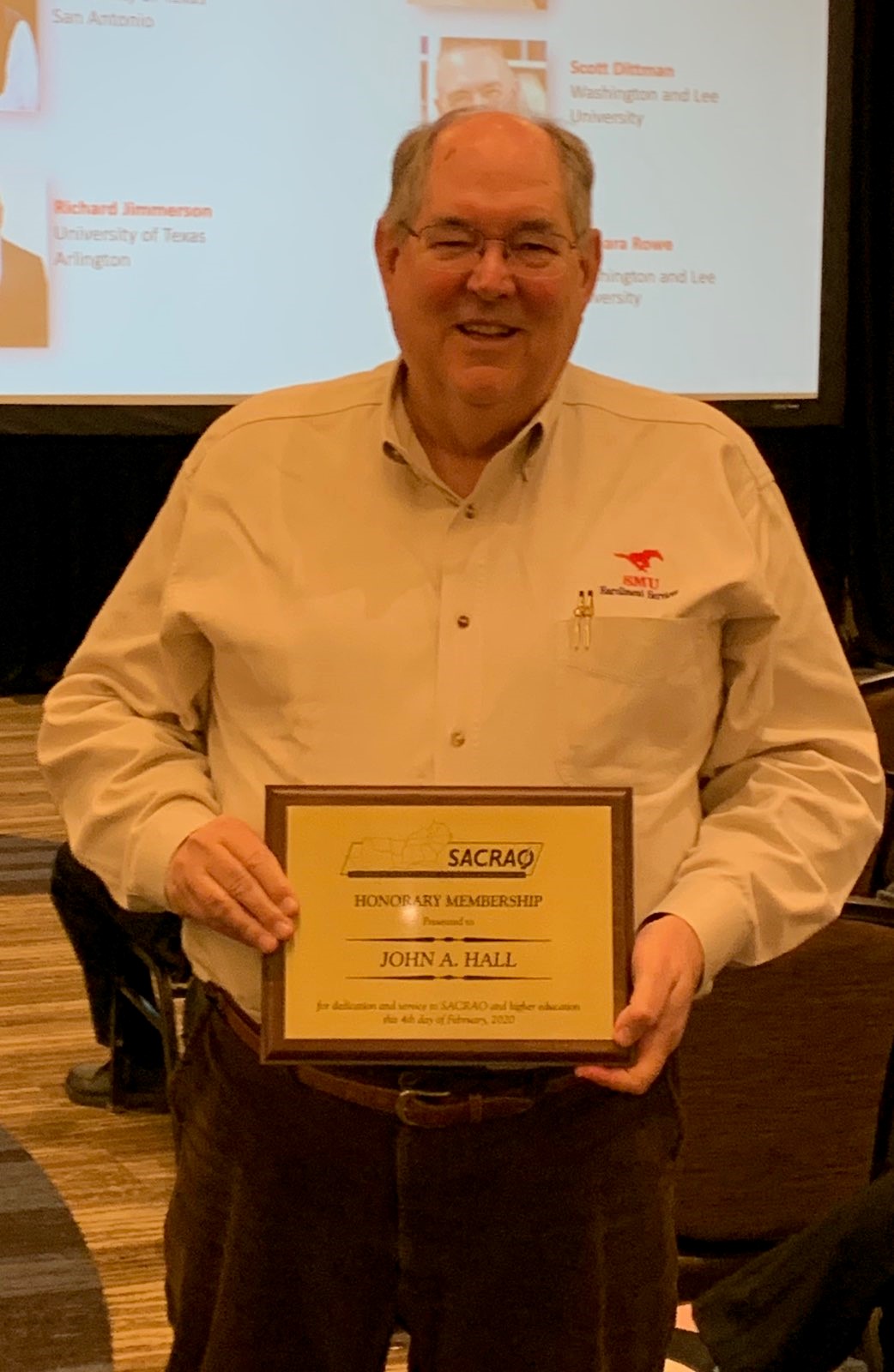 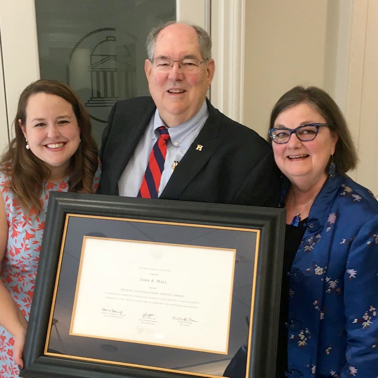