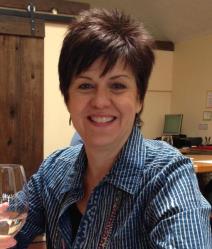 Ph.D., University of Texas at San Antonio
Professor of Discernment and Discourse

Stephanie Amsel has been teaching at SMU since 2009, and she has been a director, along with Marta Krogh, of the Hilltop Scholars Program since 2014. She enjoys teaching and working with the students and mentors in the program because there is always something new to learn.  Before moving to Dallas, she taught in public and private schools in New York, Italy, and Texas. She received her MA and PhD from the University of Texas at San Antonio and specializes in Italian and English medieval literature. Stephanie is the Chaucer bibliographer for the New Chaucer Society.

Dr. Shira L. Lander specializes in late antique Judaism and Christianity. Her book, Ritual Spaces and Religious Rivalries in Late Roman North Africa (Cambridge, 2017), explores why religious groups competed over and destroyed sites considered holy. Lander previously was the Anna Smith Fine Senior Lecturer of Jewish Studies at Rice University, where she taught in the departments of Religious Studies and History. Before moving to Texas, she taught at the University of Maryland at Baltimore County, St. Mary's Seminary and University, Johns Hopkins University, the University of Delaware, and Princeton University. Her areas of interest include Jewish-Christian relations, sacred space, martyrdom, religious violence, and material culture. Her current research project explores images of synagogues in medieval manuscripts.

Ph.D., University of Notre Dame
Associate Professor of the History of Early Christianity, and Director of the Doctor of Ministry Program, Southern Methodist University 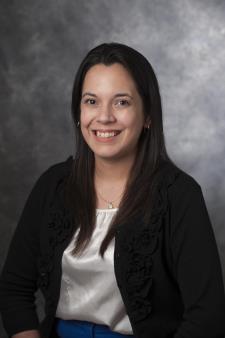 Dr. Bianca Lopez is a medieval historian who specializes in fourteenth and fifteenth-century Italy, in particular the emergence of the shrine Santa Maria di Loreto and local devotion to the Virgin Mary after the Black Death. She is currently researching the persecution of ethnic minorities in late-medieval Italy. She teaches an array of classes, in particular Life in the Medieval World; Jews, Christians, and Muslims in the Middle Ages; The Black Death; and The Medieval Family.

Dr. Marshall's teaching specialties are Medieval and Reformation theology and systematic theology. His research interests include the Doctrine of the Trinity, Christology, philosophical issues in theology, and Judaism and Christian theology. He is a member of the American Theological Society, the Lutheran/Orthodox Dialogue (USA), the Consultation on Faith and Reason, Center of Theological Inquiry, and the editorial boards of Modern Theology and International Jourrnal for the Study of the Christian Church. His publications include Trinity and Truth (Cambridge University Press, 2000); Christology in Conflict: The Identity of a Saviour in Rahner and Barth (Blackwell, 1987); Editor, Theology and Dialogue: Essays in Conversation with George Lindbeck (University of Notre Dame Press, 1990); "Justification as Declaration and Deification," International Journal for Systematic Theology 4.1 (2002); and "Do Christians Worship the God of Israel?" Knowing the Triune God, ed. James J. Buckley & David S. Yeago (Grand Rapids: Eerdmans, 2001).

Abbey Stockstill received her B.A. in Near Eastern Languages and Civilizations from the University of Pennsylvania, and her Ph.D. in History of Art and Architecture from Harvard University. Her most recent work focuses on the intersection of architecture, landscape, urbanism and identity in the medieval Mediterranean, particularly in the region of the Islamic West known as the Maghrib (comprising present-day Morocco, Algeria and Tunisia). This research has been supported by a number of international institutions including the Oxford Research Centre for the Humanities (TORCH), Dumbarton Oaks Research Library and Collections, and the École Nationale d’Architecture du Maroc. She is currently working on a book manuscript that examines the development of Marrakesh in the twelfth century as a dynastic capital that speaks to both its regional precedents and its local heritage.

Prof. Wheeler is in her fourth decade as Director of the Medieval Studies Program at Southern Methodist University. She has received more than 20 teaching awards, including the Perrine Prize of Phi Beta Kappa for excellence in scholarship and teaching. Wheeler has published more than 30 peer-reviewed scholarly articles in her field; delivered more than 100 scholarly lectures and presentations; and appeared in more than a dozen documentaries (and provided scores of consultancies on Medieval Studies) for the Arts & Entertainment Network, the History Channel, the Discovery Channel, the British Broadcasting Company, and Warner Brothers. She has organized more than 24 scholarly conferences. She is creator and series editor of The New Middle Ages in which more than 120 peer-reviewed books have now appeared.

On the national and international fronts, Wheeler served on the Nominating Committee for the Phi Beta Kappa Society, was an internationally elected Councillor of the Medieval Academy of America, was Vice President and President of the Council of Editors of Learned Journals, and has served on the Board of Directors of the International Medieval Society (Paris).

Wheeler is the founder and first Chair of the Consortium for Teaching of the Middle Ages (TEAMS), which is now a thriving independent organization helping medievalists in schools and colleges through its publication series and innovative conference presentations. She founded and is currently Director of the International Joan of Arc Society, as well as a Founding Chair of the Dallas chapter of Veteran Feminists of America.

Dr. Zuese’s research interests encompass the medieval and early modern periods of Spanish literature. In particular, she is interested in literary representations of communicative practices, urban culture, space, festivals, and emblems. She also studies the participation of women in urban culture, and a forthcoming essay investigates writer Ana Caro and the representation of women in literary academies. She is currently working on her book project that examines the structure and content of the medieval exempla and early modern novella collections as a means to access social, cultural, and political transformations that Spain underwent in these key periods of national definition and imperial decline.