A Brief History of Sociology at SMU 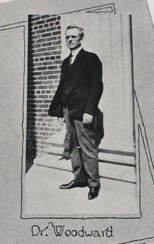 Southern Methodist University opened its doors in 1915 and its first Sociology courses were offered through the Theology School in the 1915-16 academic year.

Sociology became a disciplinary emphasis with the hiring of Comer McDonald Woodward in 1917 to the “recently created chair of sociology.” Woodward taught Sociology courses in both Sociology and in Theology. He was also deeply involved in Dallas’ community School of Social Work, sponsored by Dallas’ Civic Federation, as teacher and director. Woodward also sat on the Federation’s board with other community leaders such as Edward Titche, Rabbi David Lefkowitz, George Dealey and J. Woodall Rogers.

Woodward’s first full-time permanent faculty hire was Eva Allen Freeman in 1923. Freeman came to SMU from a career working with youth, especially girls, in the Texas criminal justice system. Together, Woodward and Freeman, worked to systemically study and improve conditions for various Dallas populations such as newsboys, widows/single mothers, African-American children, delinquent children, and children with mental health issues. In 1924 Woodward left SMU to accept a position at Emory. SMU enrollment that year was 2,245 students.

Walter T. Watson joined the department in 1929, and was its chair from 1945 to 1960. From 1936 to 1940, Studies in Sociology was published and showcased research findings from SMU students and faculty. Watson, and later chair Morton King, worked to strengthen Sociology’s position at SMU and the professionalization of the discipline. Watson was instrumental in the development of the Southwest Social Science Association. Watson and then King, chaired the department during the years when the discipline turned to the “scientific study” of human behavior and focused less attention on applying sociology in the community. Watson’s influence continues through the Walter and Helen Watson Prize, awarded each year for the best undergraduate paper in Sociology.

Willis Tate graduated from SMU Sociology with a Bachelor’s degree (1932) and then a Master’s degree (1935), was an associate professor in the department, and ultimately became president of SMU in 1955. Tate steered the university through the Civil Rights era and student movements of the 1960s as well as overseeing the formulation of the first Strategic Plan of the university.

Betty Maynard joined the sociology faculty in the 1960s and became chair of the department, associate dean of Dedman College – the first woman to do so - and Faculty Senate President. She also co-founded the Women’s Studies program on campus. The Betty Maynard Award honors her by recognizing students’ commitment to Women’s equality through activism and academics. 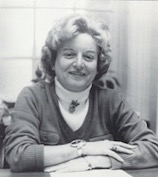 The undergraduate Sociology major and the Sociology graduate program continued through the years under the leadership of Richard Hawkins.

Today, the Sociology and Markets & Culture majors continue, and the department has added an emphasis on Non-Profit Studies. SMU enrollment now approaches 12,000 students. 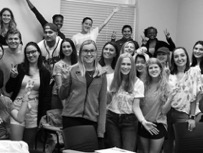