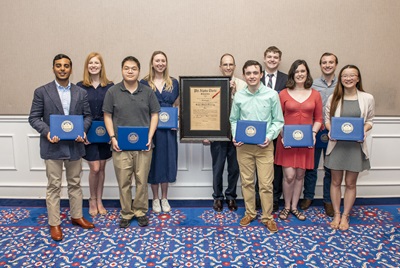 Each year the department recognizes majors who have excelled in the classroom and beyond. We are extremely proud of the achievements of our students, and we want to acknowledge those who won awards.

This award is given in honor of the late Professor and historian Herbert Pickens Gambrell (SMU class of 1921), who was the founder of SMU press, the first managing editor of the Southwest Review, and a leader in various organizations including Dallas Historical Society, Texas Historical Association, and the Texas Institute of Letters.