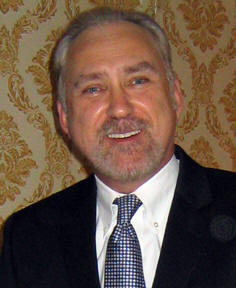 The Rise of a Prairie Statesman: The Life and Times of George McGovern (Princeton University Press, 2016)

Professor Thomas Knock has served as historical consultant and on-screen commentator for: “To the Best of My Ability” eight-part series on the Presidency History Channel, 2005 “Bright Shining Moment: George McGovern’s Forgotten Summer of 1972” documentary in theatrical release, 2005 “Woodrow Wilson” from “The American Experience” PBS, 2002 Twentieth century American politics and foreign policy Professor Thomas Knock’s work deals with the history of American foreign relations and, therefore, also with the history of American politics in the 20th century. He sees the Progressive era as the beginning point of the contemporary history of the United States.

In his book, To End All Wars, he re-interprets the saga of the League of Nations and, therein, asks, “What is internationalism?” or, put another way, “What is Wilsonianism?”, a term that continues to host an astonishing variety of definitions. Contrary to decades of historiography, he makes the case that most of the eague’s Republican opponents were not isolationists, and that the struggle over American membership settled upon two competing conceptions of internationalism, “progressive internationalism” and “conservative internationalism,” that is, over what form the internationalism was to take.

Knock also argues that the contention between progressive and conservative internationalists was compounded by their conflicting respective visions of the future of American society at home. For instance, conservative Republicans bitterly castigated Wilson and the Democrats for their progressive legislation, such as the eight-hour day for the nation’s railroad workers, federal restrictions on child labor, and three income tax bills that placed four-fifths of the burden on corporations and wealthy individuals.

As for the League, Wilson strove to establish procedures for the arbitration of international disputes, reductions in armaments, restrictions on unilateral interventions, and collective security. Thus, he was willing to consign some measure of national sovereignty to an international authority. Conservative internationalists in the Senate, led by Henry Cabot Lodge, countered with fourteen reservations intended to avert any diminution of American sovereignty. A two-thirds-majority for either version proved unattainable, and the treaty went unratified. The “Lodge Reservations,” Knock suggests, ultimately cut the pattern for America’s approach to international organization for the rest of the century—and beyond.

Knock is currently writing a biography of Senator George McGovern, a former historian, the leading critic of America’s war in Vietnam, and the Democratic presidential nominee in 1972. Parts of this story, set in the era of Cold War liberalism, contain elements of the Wilsonian narrative. For McGovern preferred “the peacekeeping actions of the United Nations over freewheeling unilateralist interventionism” and proposed instead a foreign policy, at once internationalist and non-interventionist, as well as a resumption of the domestic reform movement, which had been brought to a standstill by the Vietnam War.

Ironically, his campaign theme, “Come Home, America,” opened him up to the charge that he was a “neo-isolationist.” Yet, his was a search for practical alternatives to the cumulative perversions of containment, grounded in his faith in the possibilities for national redemption through authentic internationalism, education and intercultural exchange, and humanitarian endeavor.