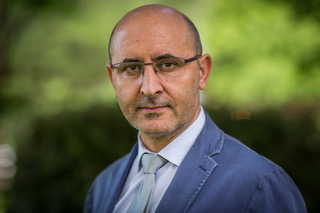 
Research Interests and Work in Progress

Professor Ates specializes in Ottoman-Iranian Relations, Kurdish History, Late Ottoman Empire, Sectarianism in the Middle East, and Borderlands. At present he is working on a project tentatively called: “Sheikh Abdulqadir Nehri and the Pursuit of an Independent Kurdistan.” In this project Ates explores what historical conditions account for how the Kurds became the largest ethnic group without its own nation? He sets out to answer this question on the basis of a wide variety of primary sources in Modern Turkish, Ottoman Turkish, Persian, English and French. Anchored in the biography of its protagonist, Seyyid Abdulqadir of Nehri the book explores efforts to establish or prevent the creation of Kurdistan as an independent state or autonomous entity starting in mid 1870s. In particular, it focuses on the tumultuous period between 1880-1925, during which the creation of a Kurdish state emerged as a distinct possibility and then quickly unraveled. Moreover, it studies what role did the Kurds themselves play in making or unmaking a state of their own. In addition to this project Ates is also working on two articles: “1639 Treaty of Zohab: Founding Myth or Founding Document,” and another article on the role of sectarianism in Ottoman-Iranian relations.