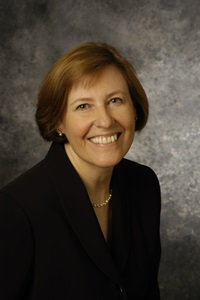 Professor Kathleen Wellman’s work focuses on the connections between science and culture in early modern France. Her career reflects the evolution of both the history of science and of intellectual history, disciplines which have become more sensitive to the broad cultural contexts that shape scientific careers and the production of knowledge in which intellectuals flourish.

In Making Science Social, Wellman provokes a reevaluation of conventional accounts of the scientific revolution and challenges common assumptions about the character of early seventeenth-century French culture through her study of the published proceedings of a series of conferences held in Paris every Monday afternoon from 1633 - 42. Théophraste Renaudot, a cultural and scientific impresario, was the guiding force behind them and their publisher.

Intended to present an encyclopedic array of seventeenth-century fare—more than 400 topics cover almost every imaginable (and some unimaginable) social, cultural, and scientific concerns—the conferences, in Wellman’s analysis, are revealed as important sources for the early development of the social sciences.

Wellman continues to explore a fundamental revolution in the eighteenth century, the admission of physiological thinking as central to the understanding of human beings and, equally important, a willingness to apply physiology to understanding human beings in society, providing a forum and a context in which radical philosophical ideas could be generated and openly discussed.

Queens and Mistresses of Renaissance France tells the history of the French Renaissance through the lives of its most prominent queens and mistresses, beginning with Agnès Sorel, the first officially recognized royal mistress in 1444; including Anne of Brittany, Catherine de Medici, Anne Pisseleu, Diane de Poitiers, and Marguerite de Valois, among others; and concluding with Gabrielle d’Estrées, Henry IV’s powerful mistress during the 1590s.

Wellman shows that women in both roles—queen and mistress—enjoyed great influence over French politics and culture, not to mention over the powerful men with whom they were involved. The book also addresses the enduring mythology surrounding these women, relating captivating tales that uncover much about Renaissance modes of argument, symbols, and values, as well as our own modern preoccupations.

“Queens and Mistresses of Renaissance France is an important book. . . . The topic is timely, important, and will draw a wide audience of scholars and non‑specialists with an interest in Early Modern France.”—Deborah Losse, Arizona State University
"Wellman achieves that rare mix of the scholarly and accessible while making a compelling case for queens and mistresses as crucial facets of the political and artistic development of Renaissance France."—Katherine Crawford, Vanderbilt University

"Queens and Mistresses of Renaissance France is a scholarly but accessible account of the most powerful women ever to sway the French monarchy. Thanks to Wellman’s vivid portraits, we see French royal women certainly 'had' a Renaissance."—Kathryn Norberg, University of California, Los Angeles