The artfully designed large-format hardcover offers readers an inside look at 13 of Nazi-occupied Poland’s most notorious killing fields and forests, ghettoes, prisons, and concentration and labor camps – six designed solely for extermination.

Germany’s quest for racial supremacy and resource-rich land would prompt its Sept. 1, 1939, invasion of neighboring Poland, launching World War II. It also would lead the Third Reich to wage a war of annihilation against anyone perceived as a biological and political threat to the so-called “Aryan master race”: Jews, primarily. Before the war, Poland had been home to Europe’s largest population of Jews, but by the war’s end in 1945, the country was virtually one vast graveyard, where nearly half of the Shoah’s 11 million victims (6 million Jews and 5 million other “lives unworthy of living”) had been meticulously murdered with unfathomable cruelty and efficiency.

Since SMU history Prof. Rick Halperin began leading the trip in 1996, hundreds of students and other lifelong learners have embarked on the emotionally and physically grueling pilgrimage, during which intense feelings of grief and disbelief are juxtaposed with encouraging stories of resistance, friendship and survival. Most trip-goers vow to become agents for global peace and justice, but in 2005, one “Holocaust Poland” pilgrim — Dallas philanthropist and SMU alumna Lauren Embrey (’80, ’06) – generously provided the opportunity for thousands of future “world changers” to be equally inspired and educated.

In 2006, Embrey and her family foundation funded the ground-breaking Embrey Human Rights Program in SMU’s Dedman College of Humanities and Sciences. The program – led by Halperin, whose credo is “there is no such thing as a lesser person” – offers an interdisciplinary mix of innovative curricula, public learning events and engaged-learning trips while also supporting student-led community outreach and activism. By 2012 the program’s popularity resulted in the creation of a unique Bachelor of Arts in Human Rights, making SMU one of just seven universities in the nation to offer such a degree (as well as a Master of Liberal Studies degree in social justice and human rights).

To commemorate the Embrey Human Rights Program’s first decade, and the “Holocaust Poland” trip’s second, Halperin teamed up with SMU colleagues Sherry Aikman and Denise Gee to produce a sensitively crafted book depicting what it’s like to witness “the last places ever seen by millions of innocent people who didn’t want to die in such horrific places,” Halperin says. Also important: “Unlike other Holocaust books typically produced in black and white, we wanted this one to be in color, because the Holocaust happened in color.”

Both the book and program highlight historical remembrance and “history as warning,” Halperin says. “In our increasingly polarized world, the need for tolerance and understanding has never been greater.”

The first part of the book’s title, “No Resting Place,” was inspired by an Old Testament passage on a wall at the Belzec memorial, where as many as 650,000 people were systematically slaughtered in one nine-month span in 1942. “The phrase best conveys our tireless physical and mental commitment to remember the Holocaust’s victims while also showing what can happen when the world shrugs at genocide and inhumanity,” Halperin says. “It also reflects our goal to eliminate the most dangerous phrase in the English language: ‘I didn’t know.’ "

“We’ve stood in some of the harshest conditions Poland has to offer. We’ve connected with the pain, sorrow and immense misery of each site. None of our lives will ever be the same. And this we know: We will never forget.”
– 2014 pilgrim Tony Bluejacket (SMU ’15)

They came here in dark, camped, blazing-hot or freezing-cold boxcars in which they coped with fear and starvation, illness and excrement, madness and death. Once reaching the end of the line, any hopes they had for rest, food and restored dignity were dashed by the demands of SS guards yelling, “Schnell! Schnell!” (“Quickly! Quickly!”) while Birkenau’s barking, growling dogs lunged at mothers, fathers and children pleading not to be separated. The jumbled mass of human cargo was pushed, beaten and whipped into lining up for “selection” on the train platform known as the “Judenrampe” (“Jew ramp”). … During a quick and callous inspection by SS medical officers, anyone deemed sick, elderly, disabled, pregnant or younger than 14 was pointed right, unknowingly toward death. Afterward they were stripped and shaved for “showers” until their true destination, a gas chamber, provided the final shock. 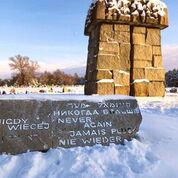 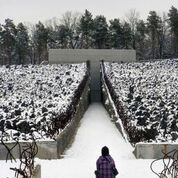 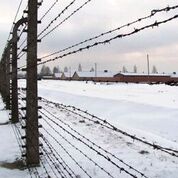 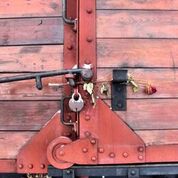 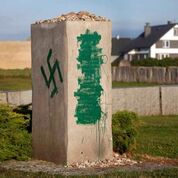 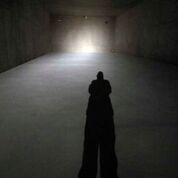 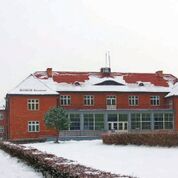