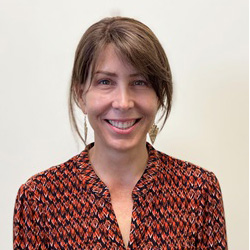 Epilepsy is a neurological disorder characterized by the occurrence of spontaneous recurrent seizures. In addition, epilepsy is highly co-morbid with cognitive and behavioral deficits along with catastrophic consequences such as sudden unexpected death. Unfortunately, anti-epileptic medications do not suppress seizures in one-third of the epileptic population. Therefore, our research goal is to identify potential therapeutic targets for the prevention, treatment, and control of this neurological disorder. Through our scientific discoveries we seek to help stop seizures and improve cognitive outcomes in those affected by severe epilepsy.

Our research goal is to identify whether neuro-immune interactions contribute to the construction of hyperexcitable neuronal networks that may promote seizures and cognitive deficits in epilepsy. We seek to determine the role that microglial inflammatory and phagocytic signaling mediated by the classical complement cascade (C1q-C3), Triggering receptors expressed on myeloid cells (Trem2), Colony stimulating factor 1 receptor (CSFR1), and the mechanistic target of Rapamycin (mTOR), play in pathological synaptodendritic remodeling, seizures, and cognitive deficits in experimental models of epilepsy