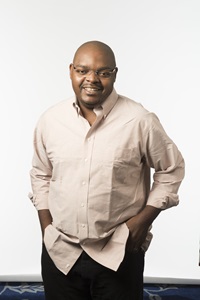 Following recent acts of violence in France, the tension between the French government and its minority populations has made it to the American news cycle, leaving many with questions about what led to these events. To Dr. Hervé Tchumkam, Professor of French and Francophone studies at Dedman College, the contentious relationship between the French government and immigrant families is not only the result of recent unrest, but also a continuation of issues that began in the aftermath of colonialism.

Raised in France as a youth, Dr. Tchumkam has extensively studied the issues affecting French society today. According to Dr. Tchumkam, one of the larger concerns of French society today is the existence of segregated immigrant communities known as “banlieues.” Though literally translated to “suburbs,” banlieues shouldn’t evoke thoughts of quaint homes and leafy, quiet streets.

In the French context, banlieues are much closer to an inner city than a suburb. These banlieues are deeply segregated along ethnic lines, and are occupied primarily by immigrants and their families, often including second and third generations. The banlieues originated during the 1960s, when the French government sought to contain and control arriving immigrants from Africa. Though the government no longer officially restricts movement, the effects of these borders are still felt by many.

According to Dr. Tchumkam’s research, the banlieues have led immigrants and their children to feel as if they’ve been cast out from society, with no true country to call home. While immigrant children born in France are just as much French citizens as any other, in reality they are still treated as immigrants, somehow separate from French culture and society. 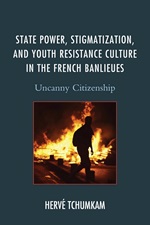 Dr. Tchumkam explains, “Every country has a right to determine their own immigration policy, but no country has the right to create second class citizens. This is exactly what the banlieues have done.”

Though certainly not solely responsible, Dr. Tchumkam contends that this social disqualification has contributed to some of the recent violence exhibited in France. His research suggests that for young teenagers who struggle with a feeling of social separation from their home country, radical Islamism can provide that missing sense of belonging. This leads to not only the kind of violence and social unrest that makes headlines, but also deepens the divide between France and its Muslim populations.

Recently, Dr. Tchumkam published State Power, Stigmitization, and Youth Resistance Culture in the French Banlieues: Uncanny Citizenship, in which he expands on his research and outlines resolutions that can ease the growing identity issues that France faces today. Students can learn more about Dr. Tchumkam’s research in his courses this semester, Postcolonial France and The Failure of Humanity in Rwanda.