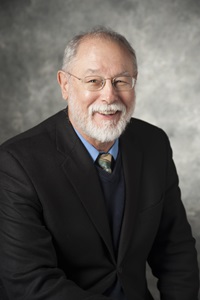 Robert Gregory's research centers on the application of isotope geochemistry to the evolution of the Earth's fluid envelope and lithosphere. Stable isotope retions of hydrogen, carbon and oxygen such as D/H, 13C/12C and 18O/16O or 17O/16O are tremendously important for understanding the Earth's dynamic systems, the solar system, and the cosmos. Current projects address diverse topics ranging from the origin of quartz veins in the continental crust to the climate history of the Earth.

A long term interest is in the interaction of seawater with the cooling oceanic crust at midocean ridges. By this massive exchange between rock and seawater, every molecule of water in the ocean interacting with rock once every 10 million years. The process has profound implications for the chemistry of the oceans and the global cycles of many elements. In these global cycles, stable isotopes trace the interactions between rock reservoirs which communicate through exchange with fluids.