The original Faculty Club was founded in 1921 as a social club for male faculty members at Southern Methodist University. In 1928, a Women's Faculty Club followed suit. The men's club allowed only faculty members while the women's allowed both faculty and professional staff members. The two clubs operated individually until their merger in 1963. The original clubs both met in Atkins (now Clements) Hall, until such time that the men's Faculty Club moved to meeting rooms on the second level of McFarlin Auditorium (current day second level ballet practice studio). 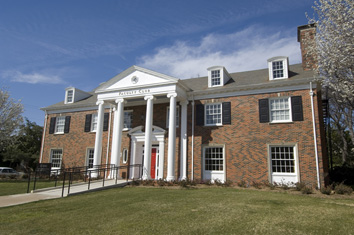 In their new home, male members enjoyed playing pool and a number of table games including Canasta and Bridge. According to past president Frank Young (faculty 1945–1989), listening to the symphony practice in McFarlin was another favorite pastime for members.

The Faculty Club continued to develop with the university throughout time and history. Past president Charles H. Baker recalls that a club meeting was in session the day President John F. Kennedy was shot in November 1963.

In November 1972, President Paul Hardin was inaugurated as sixth President of SMU. At the same time Ruth Morgan held the position of Faculty Senate President. One of Morgan’s main projects during her year in office was to negotiate a building for a Faculty Club. In 1973, Provost McFarland provided a sorority house on Daniel Street for the purpose of a gathering place for SMU Faculty. 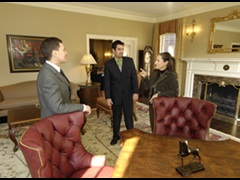 The SMU Faculty Club was chartered on August 6, 1973, at its former location of 3034 Daniel Street. Governed by a Board of Directors the Faculty Club was created to enhance university experience for faculty members through quality programs and services. The Faculty Club house on Daniel was demolished in spring 2013 to provide space for a new Chi Omega house.

Despite losing its facility, the Faculty Club continues to fulfill its mission of bringing the SMU community together.  Using a range of campus facilities, the club hosts luncheon speakers, faculty and staff happy hours, football and basketball tailgates and other events.

Since 1973 the Faculty Club has seen numerous changes in service and leadership from full luncheon service on site to the passing of leadership to more than 20 presidents. 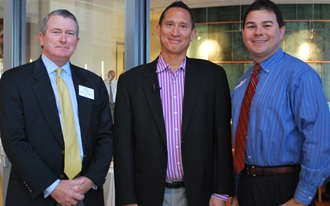 Some of the Faculty Club’s past presidents include: