Institute for the Study of Earth and Man

ISEM continues to build on its invitational excursions and have journeyed to Iceland, Yellowstone, the Aleutian Islands, the North Slope, the Galapagos Islands, and the Channeled Scablands among other places, to examine the relationship between Earth's resources and the future of humankind. Special thanks are due to Shade Tree Studios for making documentaries of the ISEM excursions. 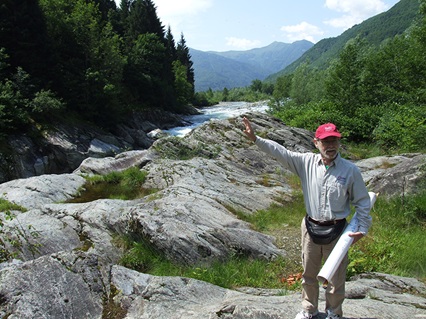 A study of the active and ancient volcanoes of Italy. Starting in Napels, southern Italy, the group toured the excavations at Herculaneum and Pompeii, hiked to the summit of Mount Vesuvius, received an informative behind the scenes visit of the Vesuvian Observatory to understand the volcanic hazards of the area, and learned about the geology of Campi Flegrei by expert, Dr. Paola Petrosino of the University of Naples Federico II.  Next stop, Florence, to learn about the history of geothermal energy in the area and tour the geothermal museum in nearby Lardarello.  The remainder of the trip was spent in northern Italy and focused on the geology of Sesia Supervolcano in the Italian Alps.  The excursion was led by SMU’s Dean James E. Quick and his colleagues from the University of Trieste, who discovered the 280 million‐year‐old ancient volcano. The tectonic collision of slices of Africa with Europe formed Italy and the Balkan Peninsula. The Alps were raised and in the process the Sesia Supervolcano was exposed to its roots, 15 miles in the Earth.  Dr. Quick was awarded the Capellini Medal of the Italian Geological Society for his discovery. 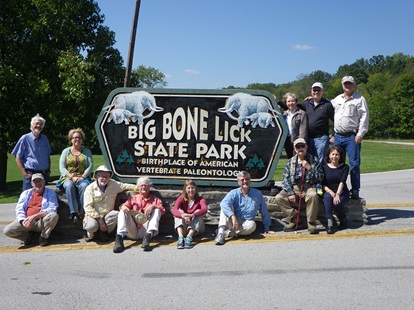 Big Bone Lick, Kentucky, is considered the Cradle of North American Vertebrate Paleontology. It was known to George Washington and Benjamin Franklin, who developed ideas of climate change from the mammoths and mastodons  entombed in the salt. It quickly drew the attention of Thomas Jefferson who kept a mastodon tooth from there at Monticello and sent Lewis and Clark to find them alive in the American West, thus ushering in the concept of extinction. Glenn Storrs, Assistant Vice President for Collections at the Cincinnati Museum Center, and Kenneth Tankersley, Associate Professor of Anthropology and Geology at the University of Cincinnati, hosted the group at Big Bone Lick and a behind the scenes tour of the Cincinnati  Museum, including a look at an original letter from William Clark. Stanley Hedeen, author of Big Bone Lick: The Cradle of American Paleontology, provided a special book signing for the participants. 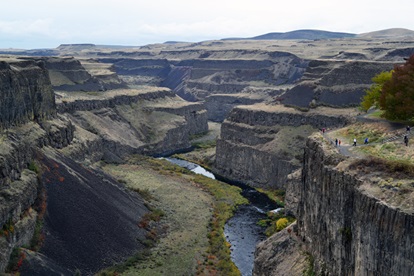 A tour through Washington, Idaho, & western Montana, to the Channeled Scablands, a unique feature of Earth’s surface formed by the bursting of an Ice Age glacial dam and the ensuing gigantic flood. It is a story of scientific sleuthing and intrigue, and led to an understanding the surface of Mars.  John Soennichsen, author of Bretz’s Flood, the biography of the scientist who unraveled the mystery, provided a unique perspective on the trip. 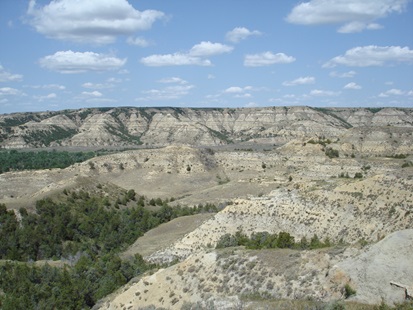 BIG SKY AND BADLANDS: TOUR OF THE DAKOTAS, 2008

A tour of southwestern North Dakota, northwestern South Dakota and southeastern Montana. Areas of interest included the Late Cretaceous strata of the Hell Creek Formation and the Custer Battlefield at Little Bighorn and Medora. The Red Trail Ethanol Plan near Richardson, North Dakota provided a first hand look and a chance to discuss corn-based ethanol and its economic effects. The trip continued at the South Dakota School of Mines where Dr. James Martin provided an inside tour of the Paleontology Museum and a visit to the Big Badlands east of Rapid City. The trip concluded with a visit to the Black Hills and Mt. Rushmore. 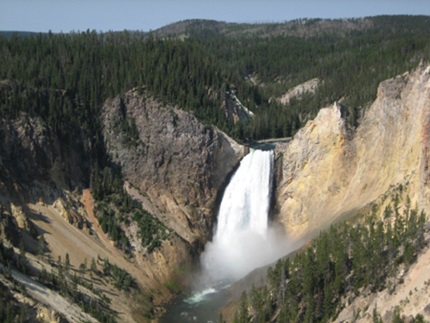 A study of the regional geology and geothermal resources in northwestern Wyoming, the trip began in Jackson, Wyoming to review the geologic setting of Jackson Hole, and continuing northward into Yellowstone National Park. Hosing the group there were Dr. Robert Smith, Professor of Geology and Geophysics at University of Utah, and Dr. Roy Mink, former director of the US Department of Energy Geothermal Program. Continuing east to Cody participants were hosted by ISEM Board Chairman Leighton Steward, and an SMU fossil locality on the Hoodoo Ranch in the Bighorn Basin of Wyoming, where they were hosted by ISEM Trustee, Tom Meurer. 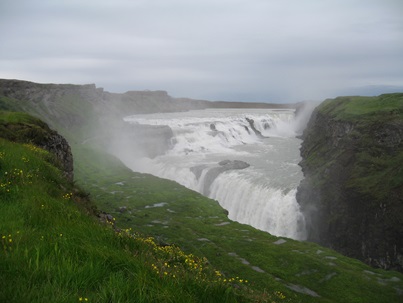 Located atop the Mid-Atlantic Ridge, the spreading center for the Atlantic Ocean Basins, thermal energy in the form of hot water is abundant.  Iceland makes extensive use of hot water to heat its buildings, to keep its streets and sidewalks free of ice, to generate electricity, and to provide energy for a variety of industrial uses. Shell Hydrogen is also a major player in helping to set up the infrastructure to gradually convert the ground transportation system in Iceland to hydrogen fuel, starting with the Reykjavik municipal bus system. Meetings included senior representatives of Reykjavik Energy, Shell Hydrogen, Alcoa, the Iceland Geosurvey, and Iceland NuEnergy among others. Visits included a field trip to the major geothermal producing area in the rift valley east of Reykjavik, the geothermal distribution systems in southwestern Iceland, the Shell Hydrogen Busline and system maintenance facilities.