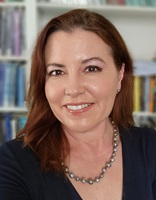 Lincoln's research explores stratification processes in education, the labor market, and the culture industry, particularly attraction and retention in science careers. Her research on the feminization of veterinary medical education challenged commonly held beliefs that women choose veterinary medicine because it allows them to express a caring nature or that they are less concerned with salaries than men are. Instead, she found that men and women are equally motivated by earnings and that the profession's feminization is driven by men's avoidance of the feminizing classes, resulting from men's lower college graduation since the early 1980s. In research with Elaine Howard Ecklund, she found that men and women are less likely to further pursue a science career if they have had fewer children than they would have liked by the time they are pursuing a graduate degree in science.

Lincoln gave the keynote address at the Second International Symposium of the Female Scientists Support Unit at Nihon University in Tokyo, and has been an invited speaker at the National Science Foundation, the American Veterinary Medical Association, the Association for Women in Science, the Dallas County Community College District STEM Summit, the Women's Transportation Seminar, and numerous other meetings of scholars and professionals. Her research has received national and international exposure in the Washington Post, the Wall Street Journal, The Times (of London), and elsewhere.

Lincoln was interviewed on CNN's Anderson Cooper AC360 program, where she discussed the change in veterinary medicine from an occupation mostly filled by men to one increasingly held by women.

In March 2013, Lincoln was interviewed on CBS for a segment on the book by Facebook COO Sheryl Sandburg "Lean In: Women, Work, and the Will to Lead."

Also in March 2013, Lincoln's NSF-funded research (with Elaine Howard Ecklund of Rice University) received press in the New Scientist in the article "Growing a Family Alongside a Science Career."

In April 2013, Lincoln was interviewed for the April 1 JAVMA News (Journal of the American Veterinary Medical Association) for the article "The gender gap: Why do female veterinarians earn less than male veterinarians?" regarding the effect of the feminization of the profession on women's salaries.

In May 2013, Lincoln was interviewed for National Geographic magazine for "6 Women Scientists Who Were Snubbed Due to Sexism" on how women's scientific accomplishments are often ignored.