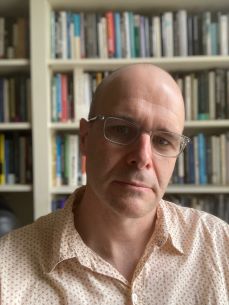 My research is in cognitive science, philosophy of mind, and philosophy of perception. I’m writing a book defending a Lockean view of our sensory experiences of temporal features and relations (aka “the snapshot conception”). Another book for a more general audience on the temporal dimensions of consciousness is to be completed soon (“The Temporal Mind”, with Routledge).

Past research focused mostly on the divide and interaction between perception and cognition, especially when it comes to whether concepts are required for perception. I have also done some work on the phenomenal sorites paradox, as well as on epistemic norms.

Before coming to SMU, I was a postdoctoral fellow at Washington University in St. Louis and a visiting student at MIT. I obtained my PhD at the Australian National University.

I currently serve as co-coordinator, with Holly Bowen (Psychology), of the Dedman College Interdisciplinary Institute’s Research Cluster in Cognitive Science.

"Consciousness and Conceptualism", in The Routledge Handbook of Consciousness, ed. R. Gennaro (Routledge, 2018).

"The snapshot conception of temporal experiences", in The Routledge Handbook of Philosophy of Temporal Experiences, ed. I. Phillips (Routledge, 2017).