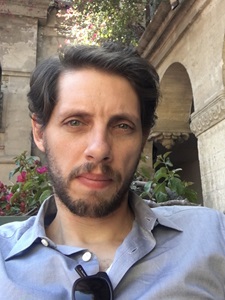 I’m a historian of nineteenth-century U.S. politics and economic development, paying particular attention to the dynamics of northern agriculture and the political economy of slavery in the decades of the Civil War era. I tend to think about these topics within the broader frameworks of nationalism, state formation, party politics, systemic racism and the history of economic thought. My new book, Grassroots Leviathan: Northern Agricultural Reform in the Slaveholding Republic, will be out in fall 2020 with Johns Hopkins University Press.

The Civil War and Reconstruction

The Intellectual History of Capitalism

The United States as a Developing Country

The Energy Transition in Nineteenth-Century America

The Great Government Giveaway: The Land-Grant Era in American Capitalism

Toward a History of the Associative-Developmental State in America

“Taking Stock of the State in Nineteenth-Century America,” Journal of the Early Republic 38 (Spring 2018): 61-66 (with Gautham Rao, an introduction to a special forum in the journal).

“Summoning the State: Northern Farmers and the Transformation of American Politics in the Mid-Nineteenth Century,” Journal of American History 103 (Sep 2016): 347-374.

“Scientific Agriculture and the Agricultural State: Farmers, Capitalism, and Government in the Late Nineteenth Century,” Journal of the Gilded Age and Progressive Era 14 (Jul 2016): 294-309.