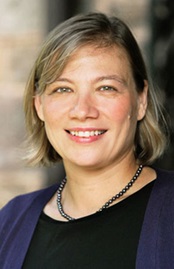 Bio: Kate Carté (Ph.D., history, University of Wisconsin; B.A., Haverford College) is an Associate Professor of History at Southern Methodist University, specializing in early American and Atlantic history.  She is the author of Religion and the American Revolution: An Imperial History (UNC Press for the Omohundro Institute, 2021) and Religion and Profit: Moravians in Early America (Philadelphia: University of Pennsylvania Press, 2009, paper 2011), which was awarded the 2010 Dale W. Brown Award for Outstanding Scholarship in Anabaptist and Pietist Studies.  Her articles have appeared in the William and Mary Quarterly, Church History, and Early American Studies, as well as a variety of edited collections. Carté has been a Charles A. Ryskamp Fellow of the American Council of Learned Societies, an affiliate fellow of the Center for the Study of Religion at Princeton University, a Franklin Fellow of the American Philosophical Society, and a Barra Postdoctoral Fellow at the McNeil Center for Early American Studies. 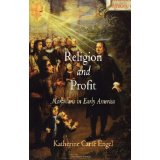 “Triangulating Religion and the American Revolution through Jedidiah Morse,” Common-place, 15(3), May 2015.