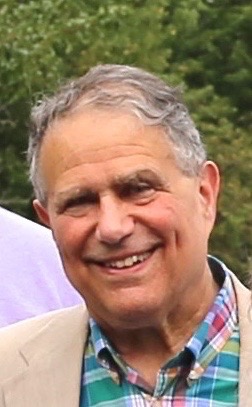 Professor Daniel Orlovsky is a specialist in the history of the Provisional Government after the February Revolution of 1917 and he continues to study the history of a much understudied hidden class of Soviet citizens, people who were neither workers nor peasants—the white collar “employees” of the Soviet
Union between 1918 and 1956.

He has held numerous grants for research in the former U.S.S.R. and Russia and has published on the social and cultural history of the Russian Revolution and early Soviet state building.

Orlovsky’s major contributions have been the notion of a revolution of the lower middle strata in the society and politics of the Russian Empire and its successor regimes and the application of theories of corporatism to the institutional, social and political history of the turbulent years, 1914-1921.

He coordinated a project on the future of Soviet studies at the Kennan Institute for Advanced Russian Studies in Washington D.C. The results were published as Beyond Soviet Studies. His latest work, a history of the Russian Provisional Government of 1917, entitled Russia’s Democratic Revolution, is forthcoming.

He has helped to organize and coordinate the ongoing series of international colloquia on modern Russian and Soviet History held in St. Petersburg, Russia in partnership with the European University, St. Petersburg and the Institute of History of the Russian Academy of Sciences. Each meeting has produced a published volume.

Orlovsky currently studies the broad history of bureaucracy in Russia from pre-revolutionary times through the Soviet era and the transition to post-Soviet administrations. He travels annually to Moscow to work in the trade union, Communist Party, and state bureaucracy archives in pursuit of the "hidden class," large numbers of Soviet citizens who were white collar workers during the entire Soviet era. He finds that these “employees” have not fit easily into the accepted and official narratives or categories of the Soviet regime.


During upcoming meetings in Berlin and Moscow, Orlovsky and a working group dedicated to publishing an updated version of the influential Russian Officialdom, from the seventeenth through the twentieth centuries, will consider in depth the Soviet and Post Soviet administrations.