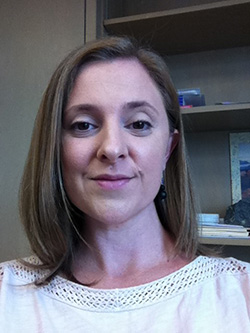 Volatile elements are a ubiquitous component of magmas and their behavior influences all igneous processes, including, but not limited to the explosive behavior of volcanic eruptions and the concentration and subsequent deposition of economically valuable elements. However, volatiles often leave magmas by exsolution and their ephemeral nature means that volatile concentrations and their variation through time in ancient igneous systems are challenging to quantify. I utilize stable isotope ratio measurements of sulfur, chlorine, oxygen and hydrogen to explore volatile processes in igneous systems ranging from 4.3 billion year old Lunar breccias to the 1257 AD eruption of Rinjani Volcano in Indonesia.

Much of the research group’s work is primarily accomplished by analyzing the mineral apatite, which is ubiquitous in igneous, metamorphic and sedimentary systems on Earth and is found in Lunar, Martian and meteorite materials from throughout the solar system. Apatite is advantageous for this work for two primary reasons: first, it is a hearty mineral that survives many geologic processes and second, it carries the U-Pb chronometer, allowing for quantifying volatile histories through time. An example of this is the combined volatile stable isotope and U-Pb analysis of lunar apatites from Apollo and meteorite samples.

Many research projects in the Economos group are rooted in field techniques, mapping and sampling. Projects in the Mojave Desert focus on the major tectonic events that led to the current configuration of the western United States. These projects utilize the relationship between tectonism and magmatism to characterize the style and timing of tectonic transitions.

Another recent study area is the Sesia Magmatic System in the Italian Alps, a component of the famous Ivrea tilted crustal section. The spectacular exposure from surface volcanics to 25 km depth allow for the study of the trans-crustal evolution of a magmatic system that resulted in a super-eruption, captured in the geologic record.