The Helen Warren DeGolyer Competition in American Bookbinding, held every three years, coincides with an in-person conference held at Bridwell Library at SMU in Dallas, Texas.

American bookbinders were invited to propose a design binding for Five Poems by Toni Morrison, and to submit a completed binding of any work as an example of techniques they propose to use.

Competition winners were announced at the opening of the Helen Warren DeGolyer Exhibition for American Bookbinding on May 19 and 20, 2022.

Award for Excellence in Fine Binding 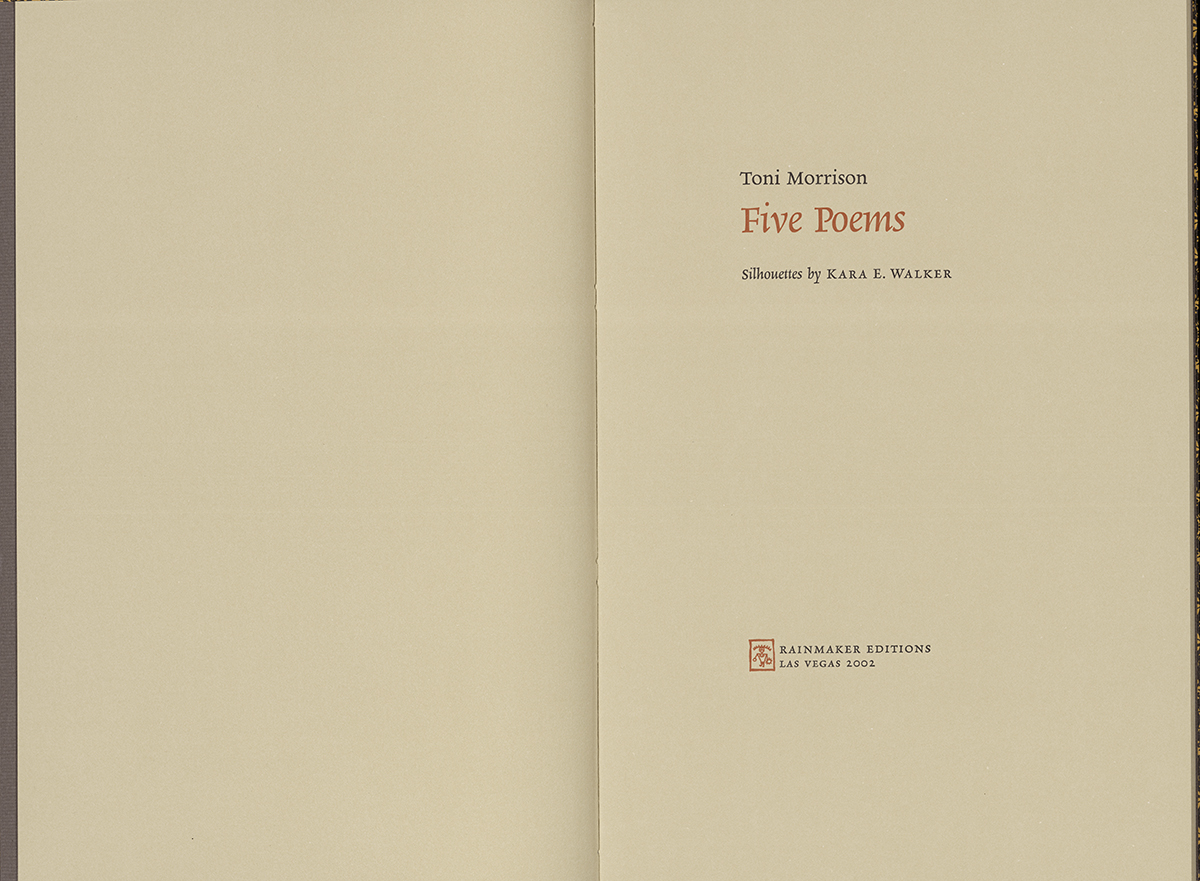 Five Poems represents Toni Morrison's only published verse, and each poem is accompanied by a silhouette by artist Kara Walker. The partnership of Morrison and Walker represents a unique collaboration between two extraordinary African American artists. The two artists never actually met; Walker simply responded to Morrison's words through the illustrations.

Five Poems is published in a signed edition of 399 numbered and 26 lettered copies. This is copy number 79. The book was designed by Peter Rutledge Koch. It was printed letterpress from digital imaging and photo-polymer plates at Peter Koch, Printers in Berkeley, California. The typeface is Rialto Piccolo designed by Giovanni de Faccio and Lui Karner. The text paper is Rives BFK, tan. The copyright is held by Rainmaker Editions, 2002.

Additional information about the book and images of each page will be shared with bookbinders interested in applying for the competition. Five Poems is protected by copyright law, therefore the PDF will only be shared individually, not posted on Bridwell Library's website.

Nobel Prize winner in Literature Toni Morrison (1931–2019), authored eleven novels including Beloved, Pulitzer Prize winner in 1988, and Song of Solomon, National Book Critics Circle Award winner in 1977. She was known for her prose and her exploration of the black experience, in particular black women. In addition to her novels, Morrison also published children's literature, essays, song lyrics, a play, and a libretto for the American opera, Margaret Garner. She was a longtime faculty member at Princeton before retiring in 2006, and lectured around the world. Toni Morrison was a champion for the arts, and spoke often about the power of the written word and the importance of fighting censorship.

Kara Walker (born 1969) is well-known for her cut-paper silhouettes depicting the tragic legacy of slavery. Walker utilizes drawing, painting, text, shadow puppetry, film, and sculpture to develop her historical narrative work. She was born in Stockton, California, and received her B.F.A. at the Atlanta College of Art and an M.F.A. at Rhode Island School of Design. Walker made her debut in New York in 1994 with her silhouettes cut from black paper, adhering them directly to the gallery wall. In 1997, Kara Walker was awarded the MacArthur Fellowship, making her one of the youngest-ever recipients at twenty-eight. 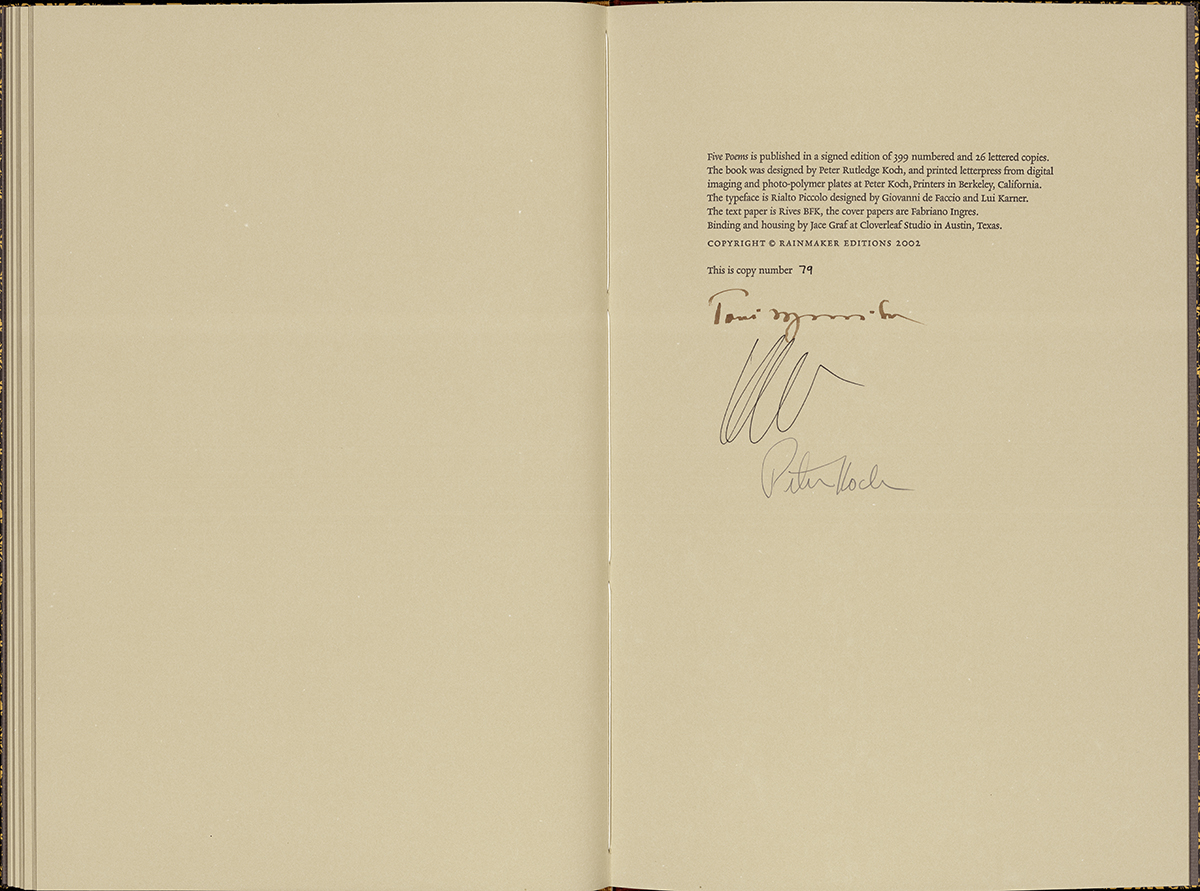