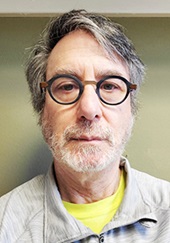 PhD in American Studies from Brown University. Dr. Levy has published articles on late nineteenth century American Literature and Culture and the history of American social reform. He is currently completing a book on the Midwest and American Modernism, and is at work on a new book on the idea of economic freedom within American culture. At SMU, he directs the Center for Academic-Community Engagement, which involves students in coursework that engages them as well in community work. He teaches courses on Adolescence in America, Social Class and Democracy, the idea of "community" as both a lived and imagined experience, and the literatures of minorities.


Courses Taught
HUMN 6397 Troubled Youth in America
HUMN 7303 The Cultural Politics of Rock, Roll and Rap
HUMN 7382 Cultures of "Displacement:" The Writing of Race, Migration and Diaspora
HUMN 7397 Under the Influence: Discourses of Intoxication, Addiction, and Recovery 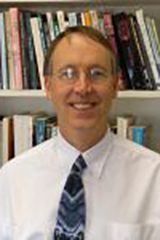 Dr. G. William Barnard's primary areas of research are the comparative philosophy of mysticism, religion and the social sciences, contemporary spirituality, and religion and healing. In 2000, Barnard won the Golden Mustang Award for teaching and scholarship, and from 2002-2004 he was a member of SMU's Academy of Distinguished Teachers. He has published Exploring Unseen Worlds: William James and the Philosophy of Mysticism as well as an edited volume, Crossing Boundaries: Essays on the Ethical Status of Mysticism. He has also written many journal articles and book chapters on a variety of topics, such as pedagogy in religious studies, the nature of religious experience, and issues in the psychology of religion. He has recently completed a second monograph, Living Consciousness: Reclaiming the Intuitive Vision of Henri Bergson.

Courses Taught
HUMN 6338 The Fire of Transformation: Exploring the Mystical Life
HUMN 6358 Trances and Dances: Investigations into Indigenous Religious Life
HUMN 7379 Plants of the Gods: Religion and Psychedelics
HUMN 7380 Waking Up: The Philosophy of Yoga and the Practice of Meditation 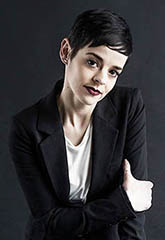 Dr. Mag Gabbert holds a Ph.D. in creative writing from Texas Tech University, an MFA in creative writing from The University of California at Riverside, and a BA in English from Trinity University, where she graduated Magna Cum Laude, with Honors in English. Her poems and nonfiction essays have been widely published in journals, including 32 Poems, The Rumpus, Phoebe, The Nervous Breakdown, Sheepshead Review, Sugar House Review, Carve Magazine, Stirring, and The Boiler Journal. Dr. Gabbert’s first poetry manuscript, Blow, has been listed as a semi-finalist for several book prizes, including the Lexi Rudnitsky Prize from Persea Press, the St. Lawrence Book Award from Black Lawrence Press, and the Agape Editions Numinous Orisons, Luminous Origin Literary Award. She is a 2018 Poetry at Round Top fellow, and her work was recently nominated for inclusion in the 2018 Best New Poets anthology. Prior to joining the SMU faculty, Dr. Gabbert taught courses in creative writing, literature, and rhetoric at Texas Tech University. She serves as an associate editor for Iron Horse Literary Review and also teaches classes and seminars for Writing Workshops Dallas. For more information, please visit maggabbert.com. 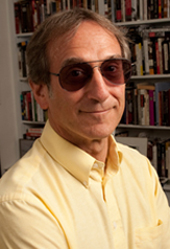 "There is no such thing as a lesser person."

Dr. Rick Halperin is Director of the Southern Methodist University Human Rights Education Program (http://www.smu.edu/humanrights/), and teaches courses at SMU including: America's Dilemma: The Struggle for Human Rights; America and the Age of Genocide; and America Enraged: From Brown to Watergate, 1954-1974.

Halperin leads groups of interested persons, including students, faculty, and community members, on human rights educational journeys three times each year to places such as Argentina, Cambodia, Rwanda, South Africa, El Salvador, Bosnia, and numerous Holocaust sites across Europe. Every December he takes a group to death camps and other Holocaust sites in Poland for two weeks. These trips are designed to pay tribute, in part, to those men, women and children who were destroyed in the camps, as well as to honor those who survived the experience. It was, and remains, necessary to remember that the human spirit is capable of enduring and vanquishing the most unimaginable horrors that humanity can produce.

Halperin received his Ph.D. from Auburn University, his M.A. from Southern Methodist University and his B.A. from George Washington University. He is frequently interviewed on television and radio as well as by print media, and he speaks nationally and internationally on a wide range of human rights issues including genocide and the death penalty.

HUMN 7395 To Be Human: The Struggle for Human Rights (DLS) 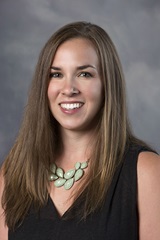 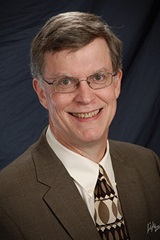 Dr. Charles Sullivan is currently chair of the Department of History at the University of Dallas, where he also teaches in the Human Sciences department and the History and Philosophy of Science program. He received his B.A. degree from George Mason University and M.A., M.Phil., and Ph.D. degrees from Columbia University, and has also taught at Columbia University, New York University, and Reed College. His research centers on the history of the social sciences with a particular emphasis on the history of political economy. He is the recipient of the University of Dallas’s 2012 King Award for scholarship and teaching. 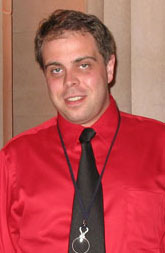 Nicolay (Nick) Tsarevsky obtained his M.S. in theoretical chemistry and chemical physics in 1999 from the University of Sofia, Bulgaria. He joined Professor Kris Matyjaszewski's research group at Carnegie Mellon University in Pittsburgh, PA, as a Ph.D. student in 2000, and obtained his doctorate in 2005. He worked on the synthesis of functional polymers by atom transfer radical polymerization, and on development of rules for rational selection of the catalyst for various reaction media, including aqueous solvents. He was awarded the Kenneth G. Hancock Memorial Award in Green Chemistry (2003), the Excellence in Graduate Polymer Research Award (2004), the Pittsburgh Section of the American Chemical Society (ACS) Polymer Group Student Award (2004), as well as the Harrison Legacy Dissertation Fellowship (2004-5), and the National Starch & Chemical Award (2008). He has authored and coauthored 53 papers in peer-reviewed journals, 8 book chapters, a textbook for high school students, and several patents. He was Visiting Assistant Professor at the Department of Chemistry at Carnegie Mellon University (2005-6), Associate Director of the CRP Consortium (2006), and a member of the founding team of ATRP Solutions, Inc., of which he served as Chief Science Officer (2007-10). He was secretary (2005) and chair (2006) of the Polymer Group of the Pittsburgh Section of ACS, as well as chair of the Section (2009). He joined the Department of Chemistry at Southern Methodist University in the Summer of 2010. His current work focuses on the synthesis and applications of polymers with controlled molecular architecture and functionality. http://smu.edu/chemistry/tsarevsky.asp.

Courses Taught
FNAR 6307 Chemistry and Technology in Art: From Antiquity to the Industrial Revolution
FNAR7368 Science on the Stage