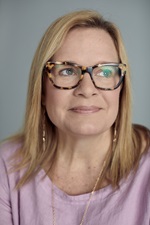 Dr. Robyn Short is a peace-building trainer and mediator with expertise in restorative justice and transformative mediation models. She works with individuals, corporations, and nonprofit organizations in discovering the root causes of their conflicts, so they may transform their relationships and create new and productive paths forward individually and as teams. Dr. Short is the founder of the Peace & Conciliation Project, a restorative justice initiative designed to engage communities in addressing the roots of structural and institutional racism through actionable dialogue and constructive change. In addition to her mediation and consulting practice, Dr. Short is an adjunct professor at Southern Methodist University in the Master of Conflict Management and Dispute Resolution program and the Master of Leadership and Negotiation program at Bay Path University. Dr. Short has authored four books on peace building. 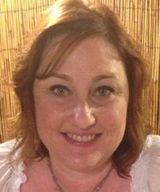 Gina Weber successfully passed with distinction her dissertation defense, and will be receiving her Doctor of Liberal Arts Program degree in May 2020, with an emphasis in Art Administration, at Southern Methodist University. The title of her dissertation is "Latinx Theater: Updating Cultural Diversity in the U.S. to Create New Models of Engagement." The research was conducted to determine ways Latinx theater is important to updating the U.S. cultural and political narrative. The purpose of the research was to demonstrate how Latinx theater can create a better understanding among cultures in the United States. The research provided Latinx theater leaders with information they can use to improve planning, engagement with audiences, and to implement programing that can make a positive change to the U.S. cultural narrative

Dr. Weber will continue her work as a consultant working to improve the administration of art organizations. She serves on the Board of Cara Mia and Prism Movement Theaters, and volunteers for Teatro Dallas, Artstillery, RAICES, Human Rights Initiative of North Texas, and is a Docent at the Dallas Holocaust and Human Rights Museum. She took an early retirement from the U.S. Environmental Protection Agency where she managed all aspects of the environmental program, conducted diplomacy, develop and implemented policy, and oversaw the effective allocation of a multi-million-dollar budget utilized to address environmental and public health issues along the U.S. -Mexico border. 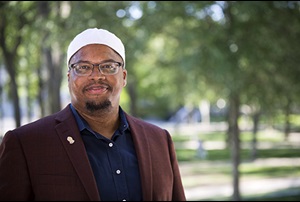 Dr. Abdur-Rashid now serves as the full-time Muslim Chaplain at Harvard University, Instructor on Muslim Studies at Harvard Divinity School, and Public Policy Lecturer at Harvard Kennedy School of Government. He manages religious life for Muslim students at Harvard at the University level and serves as an administrative resource for other university administrators regarding issues relating to enhancing the quality of student life related to issues of religious, spiritual, and ethical life on campus. He leads group trips for students to Mecca and Medina annually as well as designing and implementing major programs on campus for students looking to learn how to get through life and what it means to be human.

He was born and raised in Atlanta, Georgia and he completed his Doctorate in Liberal Studies in American Islam from Southern Methodist University and holds both a Master of Arts in Islamic law and Middle East Studies as well as a Master of Philosophy in Islamic Law and Middle East Studies from Columbia University in New York City. He earned his bachelor’s degree in Social Work from Georgia State University and worked for the state of Georgia as a social worker for several years. He then pursued Islamic studies academically and traditionally which led him overseas to study for numerous years in the Middle East and in Istanbul, Turkey. While in Istanbul, Khalil pursued a master’s degree in Comparative Islamic Law at Marmara University and completed two advanced Islamic seminary doctoral licenses (ijaza) in Islamic Sciences.

He has taught numerous courses on Islam and Islamic law at NYU and Columbia University and taught Arabic language at Georgia State University. He was the first paid Muslim Chaplain for Columbia University and Barnard College in New York City and served as an advisor to the NYPD Police Commissioner. He also served as Imam for several years in New York City and several years as Scholar-in-Residence at a major Islamic Center in North Dallas. He is the co-founder, along with his wife, of the Islamic Seminary of America in Dallas and has worked as instructor of Islamic Studies in the Graduate of Liberal Studies Program at Southern Methodists University. He serves the entire Muslim community at Harvard University though his mentoring, programs, lectures, interfaith work, and the courses he offers in the Divinity School and Kennedy School of Government. 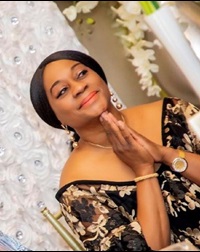 Dr. Guobadia has a passion for a human-centered organizational approach. Contrary to the popular phrase “it’s not personal, it’s business” She is convinced that business is intrinsically personal.

Dr. Guobadia is a Business Development specialist with over twenty five years of experience in corporate America. Her work involves leading teams of writers and subject matter experts in creating compelling and compliant proposals in response to business solicitations. She has worked in multiple and diverse organizations, focusing on effective communication, corporate social responsibility, and cross-cultural interaction.

She has a Master of Arts in Dispute Resolution (SMU, 2015), and a Bachelor of Arts in English Literature (University of Lagos, 1987).

Currently, Dr. Guobadia works as a Senior Proposal Manager at DynCorp International. She guides teams in developing written and verbal content to win U.S. Government/Department of Defense work. Her humanistic business perspective aligns with the organization’s social commitment to do what is right and to value diversity of thoughts, experiences, and opinions.

Dissertation Title: “Of Nobler Song Than Mine”: Social Justice In The Life, Times, And Writings Of Fitz-james O’Brien 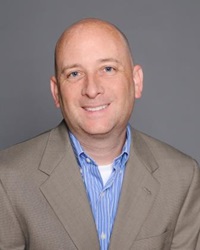 Dr. Irish teaches AP U.S. History, American Studies, and Humanities classes at Carroll Sr. High School in Southlake, Texas. In addition to his full-time job as an educator, he works as a consultant for the College Board and spends his summers working with new and experienced AP U.S. History teachers all over the country. He served eight years on the Test Development Committee for the AP U.S. History Exam, including two years as the co-chair.

Dr. Irish has published three books, by W.W. Norton, in a series on the historical thinking skills. While doing my doctoral research on Fitz-James O’Brien, he began collecting and editing his collected writings and in doing so, created his own independent publishing company – A Bit O’Irish Press. So far, thee volumes of his collected writings have been published; with a special edition on his Gothic short stories; a fourth volume is almost ready for press. This publication constitutes, for the first time, a complete edition of his writings, including all his writings: poetry, music, plays, essays, and of course, his fiction.

Following graduation, he has been working on getting his graduate research published. One paper, “John Locke’s Social Contract Theory and Why Tessie Must Die,” has been accepted for publication in Philosophy Now: A Magazine of Ideas (Feb/Mar 2020), and two other papers are in the review stage of publication. “Confrontation with the Other as an Existential Crisis in Bierce’s ‘Moxon’s Master,’ ‘One of Twins,’ and ‘The Man and the Snake’” is in review with Midwest Gothic and “‘Uttering the Cries of Freedom’ — Fitz-James O’Brien on Two Crises in Nineteenth-Century Ireland” is in review with Irish Historical Studies.