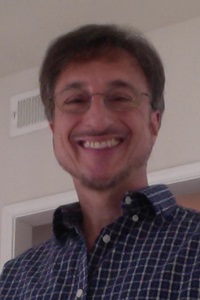 Professor Ken Springer's background spans both developmental psychology and education. After receiving his Ph.D. from Cornell University, he served on the faculty of SMU's Psychology Department before moving to the Simmons School of Education and Human Development in 2002, where he is now part of the school's Department of Teaching and Learning.

Dr. Springer teaches graduate classes in research methods, statistics, and program evaluation. Dr. Springer is active as a researcher, with more than 60 scientific publications and presentations, as well as 6 books. His published research has focused on cognitive development and academic achievement among students of different ages, socioeconomic backgrounds, and cultures. Dr. Springer's administrative work includes serving as chair of the SMU Institutional Review Board from 2003 to 2011, chair of the Faculty Ethics & Tenure Committee from 2006 to 2011, secretary of the Faculty Senate from 2006 through 2011, and chair of the Department of Teaching and Learning from 2016 through 2019. In addition, Dr. Springer is involved in substantial community service work. He has been on the board of directors of several nonprofit organizations that serve families and children, and through pro bono grant writing, program evaluation, curricular support, and other activities, he has raised more than a million dollars on their behalf.

Springer, K. (1997). Conceptual coherence in children's understanding of kinship. Invited paper presented at the 7th annual meeting of the European Association for Research in Learning and Instruction, Athens, Greece.

Springer, K. (1993). How a naive theory of kinship is acquired. Invited paper, Symposium on Naive Theories, 12th Biennial Meeting of the International Society for the Study of Behavioral Development, Recife, Brazil.