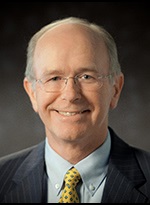 Dr. Orr began his career in 1975 in Columbus, Ga., where he taught social studies at Baker High School in the Muscogee County School District.  He was promoted to assistant principal at Baker High School, and also served as assistant principal at Shaw High School in the same district.  Next, he served as elementary principal and teacher at the American School of Laguna Verde in Veracruz, Mexico, where he was promoted to superintendent.  In 1988, he was named assistant superintendent for secondary instruction in Pampa ISD, where he was promoted to superintendent after two years.  After a total of 15 years in Pampa ISD, he became superintendent in Wichita Falls ISD in 2003.  Dr. Orr was named superintendent of schools in Highland Park ISD in 2009 where he served until August of 2015 when he joined the Simmons School of Education and Human Development at Southern Methodist University as a clinical professor and chair of the Department of Educational Policy and Leadership. His teaching and service is directed towards the preparation and mentoring of future superintendents and district leaders.

Dr. Orr is known as an articulate, thoughtful and deeply respected leader.  His career reflects a consistent rise to the top of several educational organizations.  He has served as president of the Texas Association of School Administrators, chairperson of TASA’s legislative committee, and president of the Texas Leadership Center Board. He was named Superintendent of the Year by Communities in Schools in 2008 and Key Communicator of the Year by the Texas School Public Relations Association in 2005. A member of the Visioning Institute, Dr. Orr played a leadership role in the creation of the High Performance School Consortium serving as co-chair. He continues to advocate for high priority learning standards, the use of authentic evidence of student learning, and next generation community-based performance reporting and accountability systems.