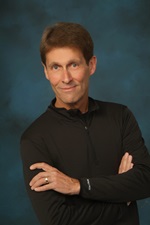 John Potter, O.D., M.A., is an active practitioner in dispute resolution and conflict management. He has mediated more than 3,000 disputes with many of those occurring in the health care field.  He received his Doctor of Optometry from Indiana University, and his Master of Arts in Dispute Resolution from Southern Methodist University and is a Fellow of the American Academy of Optometry, and a Distinguished Clinical Scholar at the State University of New York’s State College of Optometry.

Dr. Potter has been an active practitioner in dispute resolution and conflict management since 2001.  He has written over 60 peer-reviewed publications and more than 200 editorials, and has been the recipient of the William Ezell Award for scientific writing from the Southern Council of Optometrists.  He twice won the Spurgeon Eure Award for excellence in clinical research from the American Optometric Foundation, and was the 1994 recipient of the Vision Service Award from the Heart of America Contact Lens Society.  Dr. Potter was the first editor of the Journal of Optometric Education, the sixth editor of the Journal of the American Optometric Association, and now serves as a Contributing Editor to the Review of Optometry.  He also is a member of the Editorial Board of Primary Care Optometry News.  Dr. Potter has been quoted in Readers Digest, the Wall Street Journal, and the Asian Wall Street Journal, as well as other national and international publications.