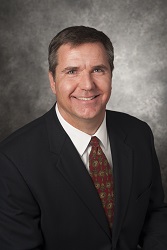 Department of Applied Physiology and Wellness

Since 2014, Brian Rogers has been on the faculty of SMU as an Adjunct Instructor in the Department of Applied Physiology and Wellness in Sports Management.  Rogers currently teaches the Sports Facilities and Event Management course on both the Bachelors and Masters levels.  He has also taught the Contemporary Issues course and has been a guest lecturer in several other classes, teaching on a variety of sports facilities and event management topics.

Rogers obtained his Bachelors of Business Administration in Finance from The University of Texas at Arlington in 1987.  Since obtaining his master’s degree in Sports Management from the United States Sports Academy in 2011, Rogers has worked at all of the major sports venues in the Dallas/Ft. Worth metroplex including AT&T Stadium, American Airlines Center, Toyota Stadium and Globe Life Park, as well as other minor league, college and high school venues and the Circuit of the Americas venue in Austin, Texas.  Rogers has worked in various positions in guest services, security and ticketing as a team member, supervisor and manager.  Additionally, Rogers works for a youth soccer tournament company as Director of Operations, setting up tournaments at soccer parks across Texas and the United States.

Rogers also currently serves on the Academic Committee of the International Association of Venue Managers (“IAVM”).  The Committee’s objectives include providing support for educators involved in teaching venue, sports, entertainment, event and/or hospitality management, and facilitating academic engagement within the industry and IAVM.

In his spare time, Rogers is an exercise and health enthusiast who enjoys various forms of exercise and watching all types of sporting events.  He and his wife, Colleen, live in Plano, Texas.  They have one son in college.