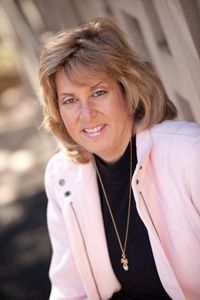 Lee Gleiser put her passion for sports into practice working in sports facility management at Veterans Stadium in Philadelphia while getting her law degree from Temple University. She also worked in the Sports Division of Wolfe Block Schorr & Solis-Cohen in the field of player representation when the firm represented Hall of Fame third baseman Mike Schmidt, Bob Boone, and a number of professional baseball players.

After passing both the New York and Florida Bar Exams, Lee practiced law with a labor law firm in Miami, before finding a position with Miracle Professional Baseball in Pompano Beach, Florida working for legendary baseball promoter Mike Veeck. The team relocated to Ft. Myers, Florida after signing a PDC with the Minnesota Twins, and Lee became Assistant General Manager of the team that ran Spring Training for the Twins as well as the minor league season of their AA franchise.

Lee then became the General Manager of the Tyler, Wildcatters, a AA franchise in the Texas - Louisiana League. The team earned national notoriety for its unique promotions and marketing campaigns being featured on “Eye on America” with Connie Chung as well as making the front pages of both the “Ft. Worth Star Telegram” and the “Dallas Morning News.”

From baseball promotor to hockey executive, Lee brought her marketing and promotions skills to the newly relocated NHL Dallas Stars. Over her eight-year tenure, Lee served as the Assistant Vice President of Marketing and Promotions for the Stars and then the Texas Rangers and Mesquite Rodeo when owner, Tom Hicks, purchased those franchises. Lee was part of the front office team that brought the Dallas Stars over 200 consecutive sellouts, several playoff appearances and then ultimately the Stanley Cup Championship. She produced the Stanley Cup Championship pep rally, as well as the closing celebrations of Reunion Arena and the Opening Night Banner Raising Ceremonies at American Airlines Center.

Lee put her legal education and her marketing skills to work as a consultant for the “Dallas Morning News,” the Dallas Mavericks, the Dallas Museum of Art and many other high profile sports, media and arts organizations after Tom Hicks sold his sports teams. She ultimately accepted a position with the Meadows School of the Arts at SMU where she oversees all the front of house and box office services for over 200 performances a year as well as running a “learning laboratory” for students who wish to learn about marketing, promoting and running arts and entertainment events. She has brought the Meadows School’s events to new audiences increasing attendance as well as ticket revenue by 300%. More importantly she has raised the professional standards of the school’s events creating an inviting and unique experience to event- goers while teaching students how to produce and execute events with the highest professional standards.