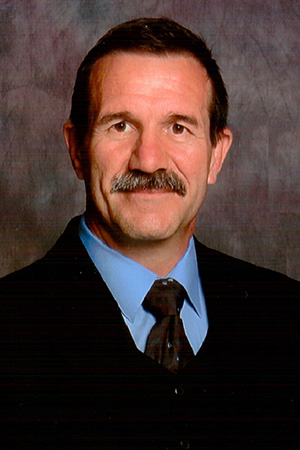 Piotr Chelstowski is a professional sport teacher with a martial arts specialization, professional rock climbing instructor and nationally certified Personal Fitness Trainer. He started his SMU adventure in the spring of 1995 as a co-founder and coach of the SMU Judo Club. Several months later he joined the Wellness Department as a part time judo and self defense instructor teaching also First Aid and CPR classes. At that time he was also working as a Geoscience specialist-technician at ExxonMobil Oil Corporation in Dallas as well as a YMCA personal fitness trainer and judo coach associated with Tamura Judo Institute in Dallas.

Mr. Chelstowski holds a Master of Science degree in Geology and Master of Art degree in Sport Coaching and Physical Education. In 1982 he graduated from the Warsaw University Geology Department in Poland. Being for years an accomplished judo competitor on a national level and a judo instructor for the Warsaw University Judo Club he decided to expand his coaching knowledge through the extramural studies at the University of Sport and Physical Education in Wroclaw, Poland. He graduated from this University with a BA in 1988 and a MA degree in 2001.

Prior coming to the US in the late 80s, Piotr's work experience included serving as a faculty staff at the Athletic Department of the Warsaw University, as Head Trainer in the multi-discipline Sport Club "Polonez" in Warsaw and as Managing Director, with executive responsibility for sport, physical culture and tourism for the City of Warsaw in Poland. Between 1985 and 1987 he was an assistant coach for the Polish National and Olympic Judo Teams. Several of the national team athletes took part in the 1988 Summer Olympic Games in Seoul. During this time, Piotr was also involved in several research projects with olympic level athletes associated with the Polish Institute of Sport. From 1986 to 1992 he was a member of the 12-member Trainers Council at the Polish Judo Association. In the nineties his trainee-competitors took gold and two years later silver medals at the World Judo Collegiate Championships. In 2003 Piotr took third place in the European Ju-Jitsu Championship (self-defense Duo System).

Between 1987 and 1992 he spent several months working as a guest judo instructor in Germany and Sweden and most of the year 2005 in Belgium. Mr. Chelstowski holds a 4th degree black belt recognized by the Int'l Judo Federation and a 3rd degree black belt in jujutsu. Piotr also currently works as a judo/ju-jitsu instructor at Guy Mezger's Combat Sport Club in Dallas.

Between 1982 and 1992 he had a chance to take part in several speleological excursions in the Carpathian Mountains (Europe) fulfilling his other passion - rock climbing and speleology. In the 1991 he become a Rock Climbing instructor, and in 2009 he earned a US certificate as a Professional Lead Climbing Instructor with the US PCIA.

Mr. Chelstowski is an author or co-author of five publications in the field of tectonics and structural geology as well as analysis of judo techniques and tactics