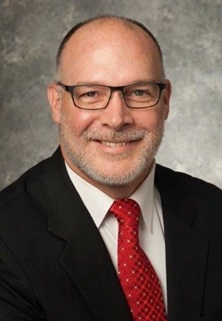 Dr. Daniel W. Engels is currently Head of AI and Cybersecurity at a large multinational bank. Previously, Dr. Engels was a professor at Southern Methodist University (SMU) where he was one of the creators of, and the first Director of, the Master of Science in Data Science (MSDS) program.  Dr. Engels led the MSDS program and curriculum development from its inception and helped grow the program to more than 300 students in its first two years of operation and founded the open access journal, SMU Data Science Review, to support data science research at SMU. In addition to his data science expertise, Dr. Engels is an expert in security and in RFID and IoT technologies, systems, and applications. He was one of the founders of the IEEE International Conference on RFID, and he was the Chair of the IEEE Technical Committee on RFID in 2011 and in 2012. Dr. Engels is the former Director of Research of the Auto-ID Labs at MIT, where he led the development of several RFID protocols including the original “Gen2” protocol, and he is an original member of the research team that founded the Auto-ID Center at MIT and created the EPC System. Dr. Engels received his Ph.D. from the Massachusetts Institute of Technology. He has over 100 peer reviewed publications and 8 issued U.S. patents in data science, RFID, RFID applications, Internet of Things, security, embedded computing, and computer-aided design. Dr. Engels received the 2014 AIM Ted Williams Award in recognition of his contributions to the AIDC industry. Dr. Engels is a member of AIDC 100 and is a Senior Member of IEEE.