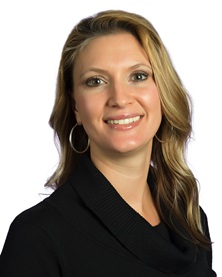 Dr. Vanessa Bouché is an award-winning scholar, speaker, and social entrepreneur.  She has been a principal investigator of several federally-funded human trafficking projects from the Department of Justice and USAID totaling over $800,000. She is the principle investigator of HumanTraffickingData.org, an open-access searchable database of federally-prosecuted human trafficking cases in the U.S. Dr. Bouché has also conducted public opinion research on human trafficking in the U.S., Moldova, and Albania, and designed and deployed trauma informed surveys with survivors of human trafficking in the U.S. and Honduras. She consults with a variety of anti-trafficking organizations, including Polaris and the McCain Institute, and has been an invited speaker by dozens of global agencies, including the United States Consulates in Mumbai and Kolkata, the U.S. Embassy in Costa Rica, and the United Nations Office on Drugs & Crime. She is also the co-founder of Savhera, a wellness company that provides employment to survivors of trafficking. She has received the Young Leader Award from the Texas Women’s Foundation and the Great Woman of Texas Award from Fort Worth Business Press.