The Writing Center is staffed by faculty from the English department at SMU, which allows each of these consultants to have insight into the writing processes and instruction that students receive in undergraduate courses like Writing and Reasoning (WRTR), writing tag courses, and writing in the majors. In addition, each instructor brings a unique set of skills and knowledge to help address student work in a variety of academic fields as indicated below. Where ever you are in the writing process, we are here to help. Appointments are available in Canvas, or you can drop-in for a writing lab or drop-in hours, which are listed in the Writing Center Schedule.

Director of The Writing Center

My deep curiosity about the human mind and its development, evolution, and adaptation across environments led me to study the human condition from many angles. I completed degrees in psychology and neuroscience at Texas A&M and Columbia University, respectively. I also completed degrees in English/Philosophy and History of Ideas at University of Texas at Austin and UT Dallas, respectively. I love working with students as they move through the world of ideas, motivated by wonder and curiosity. Seeing the look on students' faces when they learn something a little mind-blowing is the best part of my job! A full-circle Mustang, I entered the first-year writing program (then called “Rhetoric”) as a student in the fall of 2002, and I returned as an instructor in early 2019. My educational background includes a BA in English Literature with a specialization in Creative Writing from SMU, where I studied under the mentorship of Professor Emeritus C.W. Smith. After graduating, I interned in Washington, D.C. before taking inspiration from the scholarly work of another SMU mentor, Dr. Mark Chancey, and earning an MTS in Religion, Ethics, and Politics from Harvard Divinity School. Before returning to the Hilltop, I worked on the other side of the editor’s desk as an arts reporter for The Dallas Morning News. 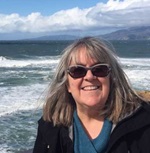 After earning my BA in English from the University of California at Berkeley and my PhD in English and American Studies from the University at Buffalo, I spent my SMU career in a variety of roles, many of which, fortunately, kept bringing me back to undergraduates and their many writing projects.  I genuinely enjoy conversations with students at every stage of the writing process, whether it’s turning a question into a topic, revising a thesis in support of newly-discovered evidence, shaping and organizing paragraphs to make an argument more effective, or refining sentences so that ideas emerge with impact, clarity, and grace. 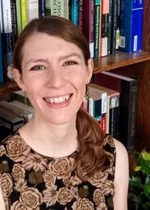 An insatiable curiosity led me to gaining an eclectic educational background in language, cultural astronomy, and history. I completed my BA in modern languages from Texas State University and my MA in translation studies at UT Dallas. Currently, I am studying how the development of science inspired literature/entertainment/media throughout time, and vice versa. Both in teaching and in tutoring writing, I love working with students as they learn and navigate the writing process, discover their voices as writers, and think deeply and critically about topics. Ultimately, I aim to help students find meaning, relevancy, and passion in their assignments. 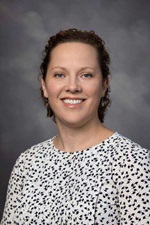 I am proud to be a lecturer in Writing and Reasoning, where I also serve as the English as a Second Language (ESL) Coordinator.  In the Writing Center, I serve as the ESL Specialist, working with multilingual writers in any of their courses.  I especially enjoy welcoming international students to campus, including as a faculty panelist at International AARO, and I was an international student myself in Martinique, England, and Australia.  I hold a graduate degree in applied linguistics from Columbia University, and I am an alumna and fan of all things SMU.  Most of all, I love working with the international and second-language learners on our campus. After I completed my undergraduate degree in English at the University of Texas at Dallas, I came to SMU to study in the MA Program in English.  As a Teaching Fellow, I taught my first writing class at SMU in the fall of 1985, and I remain a happy Mustang! Since then, I’ve worked with SMU students at all levels of the first-year writing sequence, as well as Honors DISC, and as an A-LEC tutor and Writing Center faculty member.  For me, nothing’s better than working with students as they examine texts, refine their own perceptions, and then structure their ideas to communicate their insights to a reader.  I’m constantly excited to help empower student writers to develop their ability to craft their work so they create not only an answer to an assignment but also an energetic representation of their insights.