Historically, President's Scholars have been some of SMU's most successful national fellowship applicants. Working closely with Dr. Brandon Miller, Assistant Dean for Honors and Fellowships, President's Scholars have clear access to amazing opportunities. Current students and recent graduates continue to be well-represented as finalists and recipients of these prestigious awards. Isabelle is from Austin, Texas, and is majoring in Environmental Sciences with minors in Human Rights, Women and Gender Studies, and Public Policy and International Affairs as a Tower Scholar. She is a President’s Scholar, a member of the University Honors Program, and an assistant editor for SMU’s Journal of Undergraduate Research. Isabelle is particularly interested in environmental policy, climate change, human rights, and the Asia-Pacific, which she explored through her year studying abroad at the University of Auckland in New Zealand and as a Critical Language Scholar studying Indonesian. As a Richter Fellow this summer, Isabelle researched environmental change and policy in southern Louisiana. Isabelle also recently attended the International Union for the Conservation of Nature’s World Conservation Congress in September 2021 as a presenter to speak about female leadership in conservation. Upon graduation, Isabelle hopes to go to graduate school and pursue a career in environmental policy in Southeast Asia.

Isabelle was named a 2021 Critical Language Scholar for Indonesian, an intensive overseas language and cultural immersion program through the U.S. Department of State. The program is part of a wider government initiative to expand the number of Americans studying and mastering foreign languages that are critical to national security and economic prosperity, providing scholarships to study one of 14 critical languages. This summer, Isabelle spent 8 weeks in intensive group-based instruction in Indonesian and cultural enrichment activities, and strengthened her conversation skills through meetings with a native-speaker language partner. She was able to explore policy in a Southeast Asian context as well, giving her final presentation on the policies enacted to mitigate threats against coral reefs in Indonesia, from overfishing to coastal development. Read more here.

Jared was named a 2021 Schwarzman Scholar based on his demonstrated leadership, academic excellence and desire to create global change. While on campus at SMU, Jared pursued double majors in Physics and Mathematics with a minor in Chinese. Additionally, he conducted research with the ATLAS Experiment at CERN and with the EIC at Brookhaven National Laboratory. Outside of his focus on physics, Jared was also a member of Meadows Chorale and Ware Commons Council. Jared's study abroad experience in China the summer after his first year at SMU first piqued his interest in working with the physics research community in this area. While studying in China as a Schwarzman Scholar, Jared plans to observe how Chinese physicists are working with the government on new collider physics experiments with a future goal of working as a research physicist and utilizing an understanding of public policy to advocate for collider physics experiments and government funding. Learn more about Jared here. Giana Ortiz is a 2021-22 recipient of the Fulbright-LUT Graduate Award. The award is a result of the cooperation between the United States and Finland, facilitated by the Fulbright Finland Foundation. While at SMU, she participated in Bridwell Institute Reading Groups and the University Honors Program. She has studied abroad in Rome, Paris, Sydney, and Oxford. Upon completion of her degrees in Pure Mathematics and Finance with Alternative Asset Management, she will attend LUT University in Lappeenranta, Finland. She will study for a Master's of Science degree in Strategic Finance and Analytics.

The purpose of Fulbright Finland Foundation is to promote a wider exchange of knowledge and professional talents through educational contacts between Finland and the United States. Our vision is to empower the minds that will find global solutions to tomorrow’s challenges by fostering academic and professional expertise, and excellence in leadership. Read more about Giana's grant here. 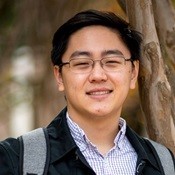 Ben was named a 2019 Schwarzman Scholar. He is the first SMU student to ever be awarded this honor. While on campus, Ben majored in health and society and biochemistry, helped found SMU’s first undergraduate research journal and served as vice president of SMU's East Asian Student Association. He assisted his fellow students as an honors mentor in Kathy Crow Residential Commons and sat on the University’s Honors Advisory Council. As an undergraduate, Ben also led Richter fellowship-funded research in China to study why rural-to-urban migrants known as the Nong Zhuan Fei were developing diabetes at an alarming rate. Learn more about Ben here. 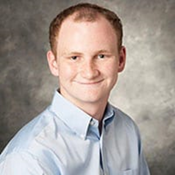 Kenny was selected for the 2018 Humanity in Action Fellowship program in Warsaw, Poland, and was awarded a Fulbright English Teaching Assistantship to Peru. While at SMU, Kenny majored in music and English with a creative writing specialization. Editor of SMU’s Hilltopics honors magazine, Kenny also wrote for The Daily Campus newspaper, and competed with the SMU Ballroom dance team. Learn more about Kenny here.

The Humanity in Action Fellowship programs bring together international groups of university students and recent graduates to explore past and present examples of resistance to intolerance, with a goal of encouraging future leaders to be engaged citizens and responsible decision makers. Humanity in Action is an international educational organization headquartered in New York City. Read more here.

The Fulbright Program is the largest U.S. international exchange program offering opportunities for students, scholars and professionals to undertake international graduate study, advanced research, university teaching, and teaching in elementary and secondary schools worldwide. Projects may include university course work, independent library or field research, professional training in the arts, independent projects in the social or life sciences, assistant teach English, or a combination of these or other projects. Read more here. 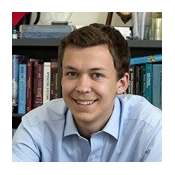 Goldwater Scholars are top mathematics, science and engineering students nominated by their universities and nationally selected. These students receive funding to support their work as the Nation’s future leaders in natural sciences, engineering and mathematics research. Read more here. 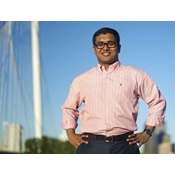 Rahfin was awarded a Marshall Scholarship to pursue master’s degrees in development finance at the University of Reading and in comparative social policy at the University of Oxford. Rahfin graduated summa cum laude with majors in economics, political science, public policy and religious studies. While on campus, he was selected to serve as the voting student member of the SMU Board of Trustees. Rahfin also led the University’s student newspaper The Daily Campus and the Tower Center Student Forum, where students examine politics and public policy. In 2014 he was one of only 59 U.S. college students awarded a Truman Scholarship, which recognizes “change agents” who are committed to public service. Learn more about Rahfin here.

Marshall Scholars are future leaders selected to strengthen US-UK relations by completing graduate-level study in any field at an UK institution. Up to forty Scholars are selected annually. Read more here.