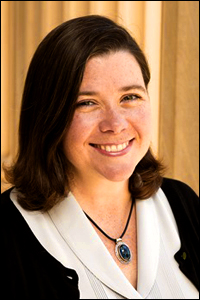 Dr. Kunovich graduated with a B.S. in Sociology from Texas A & M University. She earned M.A.s in Slavic and East European Studies and Sociology and a Ph.D. in Sociology from the Ohio State University. She joined the Department of Sociology in SMU's Dedman College of Humanities and Sciences in 2004. Professor Kunovich’s courses contribute to SMU majors and minors in Sociology, Markets and Cultures, Women and Gender Studies, International Studies, and Human Rights. She has taught courses at the SMU Taos Campus and served as the Director of the Prague Internship Program. She was previously awarded the Golden Mustang Award (2010), the Margareta Deschner Teaching Award (2013), the Excellence in Mentoring Award (2014), and the Extra Mile Award (2016). She was selected as an Altshuler Distinguished Teaching Professor in 2013. Dr. Kunovich served as Chair of the Sociology Department from 2014-2018. Professor Kunovich’s research within political sociology focuses on women’s representation in national legislatures and democratization in Eastern Europe. Her research within economic sociology focuses on attitudes towards distributive justice and consumption and consumerism. She has published articles in journals, such as the American Journal of Sociology, Annual Review of Sociology, Comparative Politics, Politics & Gender, and Social Forces.