October 15, 2015
Watch the lecture videos via the Yale Livestream Channel 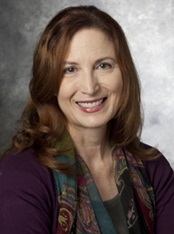 DALLAS (SMU) – Dr. Alyce M. McKenzie, the Le Van Professor of Preaching and Worship and Director of the Center for Preaching Excellence at Perkins School of Theology, will deliver the Lyman Beecher Lectures on preaching from Oct. 21-23 at Yale Divinity School in New Haven, Conn. The annual event is considered to be the preeminent homiletics lecture series in the United States.

Dr. McKenzie’s series of three lectures at Yale – dubbed Making a Scene in the Pulpit: Vivid Sermons for Visual Listeners – will focus on the power of small scenes to reconnect people with the saving story at the heart of preaching. Additionally, she will reveal the importance of scenes in the development and delivery of sermons through these three distinct sessions:

The Lyman Beecher Lectureship was founded in 1871 by a gift from Henry W. Sage of Brooklyn, N.Y., to sponsor an annual series of lectures on a topic appropriate to the work of the ministry. It is named after the influential Presbyterian minister and leader of the Second Great Awakening of the United States. The series has included renowned preachers and orators including Henry Sloan Coffin, Reinhold Niebuhr, and Harry Emerson Fosdick and in recent years James Forbes, Fred B. Craddock, Barbara Brown Taylor, and Renita J. Weems.

“It truly is an honor to join the renowned list of speakers at the Lyman Beecher Lectures,” Dr. McKenzie said. “I am passionate about the crucial roles sermons can play in our lives, and I am delighted with the opportunity to pass along my thoughts on this topic to such an illustrious group of preachers and scholars.”

Dr. McKenzie joined the Perkins faculty in 1999 and was named an Altshuler Distinguished Teaching Professor at Southern Methodist University in 2011. She is a noted teacher in the art of preaching who, in 2012, served as president of the Academy of Homiletics and is an ordained United Methodist elder in the North Texas Annual Conference. Dr. McKenzie also serves as the Preacher-in-Residence at Christ United Methodist Church in Plano, Texas, where she preaches monthly and mentors the clergy staff in preaching.