A Message from Dean William B. Lawrence on the Death of Dr. Edwin Sylvest 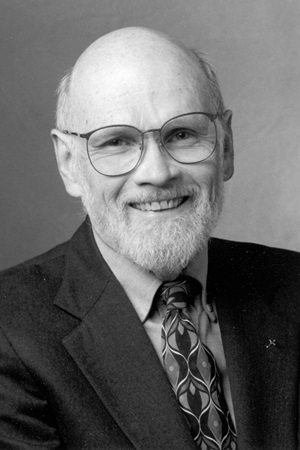 A Message from Dean William B. Lawrence on the Death of Dr. Edwin Sylvest

Dear Members of the Perkins Community:

I write to share with you the sad news that our friend and colleague Ed Sylvest has died. His death occurred on Sunday, December 21, at home, where he had been under hospice care.

Ed Sylvest was one of the stalwarts of the Perkins community. He was in the first class of graduate students admitted to our Ph. D. program when it was launched in 1965. Ed taught church history. But he specifically taught what were groundbreaking courses for our school in Spanish as well as English and on topics including Mariology. He was a clergy member of the Rio Grande Annual Conference, which will conclude its life as a conference at the end of this calendar year. During his career at Perkins, Ed served for a time as the interim director of the Mexican American Program. When he retired a few years ago from Perkins School of Theology and Southern Methodist University, Ed Sylvest was named Professor Emeritus of Church History.

For personal reasons, the family has determined that there will be no memorial service or funeral service. In addition, no flowers are to be sent to the family. However, cards and expressions of gratitude for his life may be sent to his wife as follows:

Please join me in prayerful gratitude for the marvelous life of Edwin Sylvest.