Weekly worship services in Perkins Chapel went out of the box Wednesday, March 7, 2013, with a special "Walk and Roll Prayer Service" organized and led by Perkins students JoAnne Pounds and Kelly Anderson. 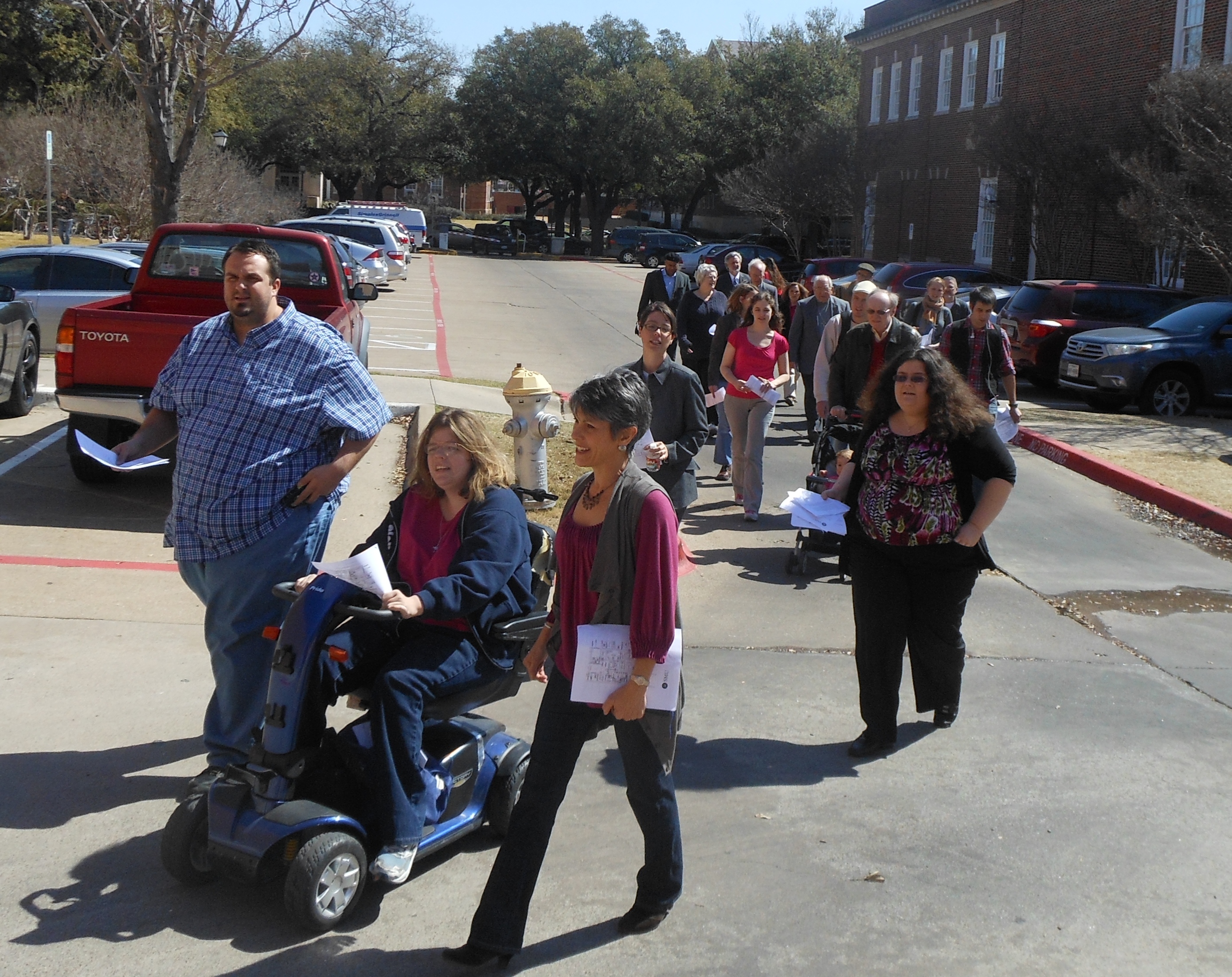 After beginning in Perkins Chapel with opening prayers, participants walked to three sites on campus – the Meadows School, the University Health Center, and the Cox School, reading scriptures and offering prayers at each site before returning to the chapel.  The festive group sang between stations, led by C. Michael Hawn, University Distinguished Professor of Church Music and director of the M.S.M program, and by Rebecca Garrett and Lisa Hancock, senior M.S.M. students.

Kelly Anderson led the way in her scooter, while Dean Willliam B. Lawrence brought up the rearguard. In between were faculty members and students, as well as one young participant – approximately 18 months of age – who rolled along in a baby carriage. 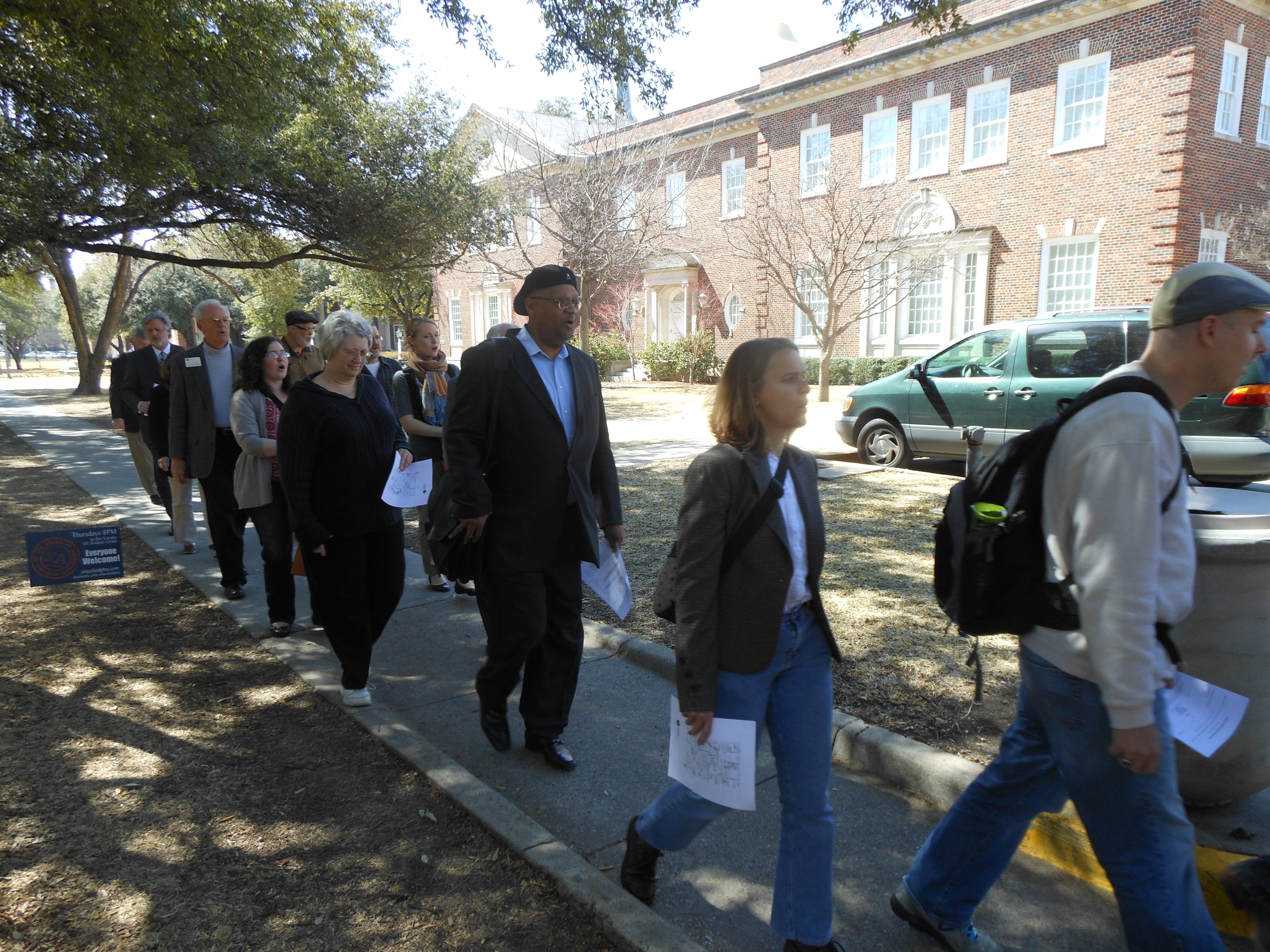 According to Mark W. Stamm, professor of Christian Worship at Perkins, the idea was well received. "I'm told that when JoAnne and Kelly went to the campus police department, the officer asked if we were coming to pray for them, and seemed disappointed when told that this route couldn't accommodate them," Stamm said.