SMU Debate Having its “Winningest Semester” in 10 years 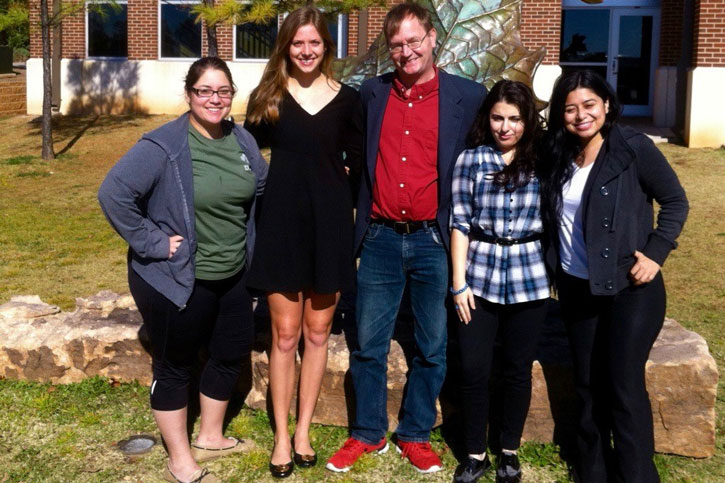 SMU novice debaters Katie Snyder and Noshin Kuraishi took second place at the University of Central Oklahoma debate tournament in Edmond over the weekend of Nov. 6-8. SMU gave the University of Oklahoma team that won the tournament their only loss during a contest in the second round of preliminary debates. In the final round, SMU lost its affirmative case, which argued to provide visas for foreign military translators to be transported out of dangerous areas left by U.S. military forces in places like Iraq. SMU’s team of Snyder and Kuraishi won five debates in a row to finish as one of the top two seeds in the tournament; individually, they were the fourth and fifth top speakers, respectively. They defeated teams from the University of Illinois, Central Oklahoma University, Central Florida University and the University of Oklahoma on their way to the finals.

SMU was one of the few squads at the tournament with an all-female membership. College policy debate has less than 30 percent female participation nationally. Next week, SMU debaters will compete in Marshall, Texas – the birthplace of “Great Debater” James Farmer Jr. – and then at the nation’s largest fall semester debate tournament at Wake Forest University in North Carolina.

SMU debate has won more awards this fall—including three first-place finishes—than during any semester in the past 10 years. SMU debate is generously supported by the Meadows School of the Arts and the Office of the Provost at SMU. The program is coached and directed by Dr. Ben Voth, Meadows associate professor of communication studies, and is assisted by Elizabeth Hopp.

SMU’s award-winning debate program is managed through the Meadows Division of Communication Studies and is open to students of all disciplines at SMU. Students compete at local, regional and national competitions debating important policy questions on such topics as immigration, energy and human rights. For more information, visit here or contact Dr. Voth at bvoth@smu.edu.