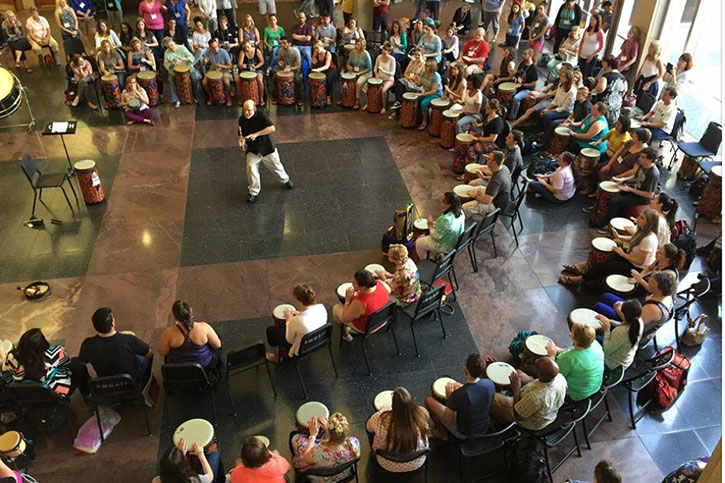 The 2015 Meadows Orff-Schulwerk workshop was the largest of 52 Orff workshops offered across the U.S. Photo courtesy of Andrew Ellingsen.

Julie Scott has a lot to celebrate this year.

In June 2015, after 20 years of leading and growing the annual Meadows Orff-Schulwerk professional development workshop for music educators, Scott’s workshop at Meadows is now the largest Orff certification workshop in the country. The workshops, developed by the American Orff-Schulwerk Association in 1976, teach educators how to harness a blend of creative music, movement, speech and drama as a way of teaching musicianship, critical thinking, teamwork and more to their students.

This year’s Orff workshop was offered at 52 locations across the U.S., and the one at Meadows attracted 158 music educators from 20 states and four countries, including teachers from Uganda, Korea, Scotland and Canada.

“Kindergartners, first and second graders love music and they’re very cooperative,” says Scott. “But starting at about fourth grade, kids start hesitating and they get uncomfortable with their singing. Their voices may be changing, their bodies may be changing, and it makes them feel self-conscious. The Orff approach is so engaging to them that it motivates them to open up, participate and learn. It’s the epitome of engaged learning.”

One of the results of a motivated, engaged class is a reduction in classroom management problems. With Orff methods, says Scott, the children are absorbed in playing instruments, physical movement or interpreting dialogue, and they also take part in decision-making.

“The teacher has an objective and knows what he or she wants the kids to learn that day, but sometimes the way that objective manifests itself is up to the kids,” says Scott. “They get to decide, for example, in what order pieces will be played in a performance or which measures in a composition to repeat. The older kids do really well when they have some control over what’s going on. They do well with a sense of ownership.”

Other goals of using the Orff-Schulwerk method are to help children improve their focus, listening and interpretation abilities, as well as their collaboration, communication and organization skills, among others.

According to Scott, educators often add Orff-Schulwerk training to their teaching toolbox after they’ve been teaching awhile. “After they’ve spent some time in the classroom, teachers begin to really understand what they need to work with children,” says Scott. “The Orff classes help them round out their music education foundation and provide them with university-level training.” 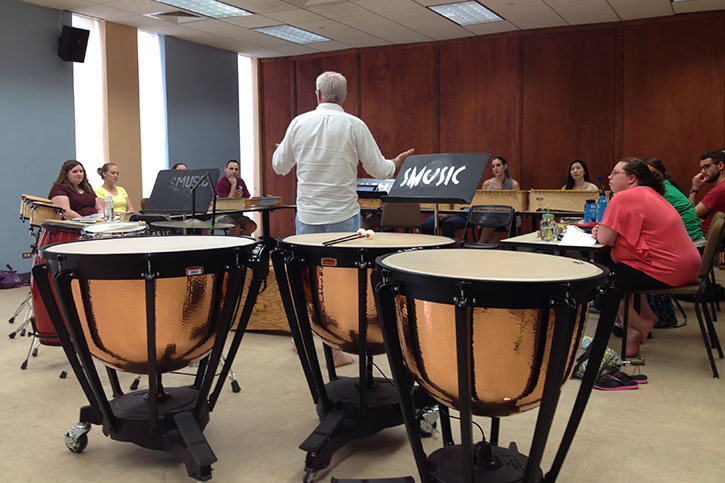 Some of the workshop attendees are alumni from SMU Meadows. After receiving a B.M. in music education and a B.M. in performance/cello in 2013, Lisa Storm Beyer began teaching at elementary schools in Plano, Texas. She attended Level I of the three-level Orff workshop program at Meadows in 2014 and added Level II this summer. When she completes Level III in Orff training, she will receive Orff-Schulwerk certification credentials.

“The Orff-Schulwerk approach is life changing,” says Storm Beyer. “It's difficult to put into words the many ways my teaching has been affected since taking Level I. I'm learning how to be a facilitator of creativity and child's play in music using speech, song and dance. The focus is not on the teacher, but on the child.

“It's inspiring to be surrounded by so many special people who care so much about their students.” 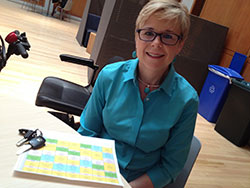 Dr. Julie Scott hand-picks faculty from across the U.S. to teach the Meadows Orff workshops every year and describes her 2015 team as her “dream team.”

Read more about the Department of Music Education in SMU Meadows Division of Music.