Founder of Urban Bush Women Will Receive $25,000 and Artistic Residency at Meadows School 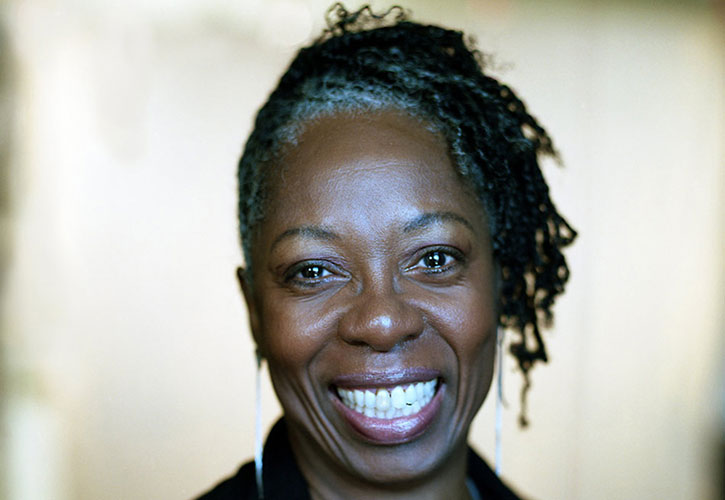 The Meadows School of the Arts at Southern Methodist University has announced the recipient of its fifth annual Meadows Prize arts residency – choreographer Jawole (pronounced JAH-woe-lay) Willa Jo Zollar, the founder and artistic director of New York-based dance company Urban Bush Women (UBW). The Meadows Prize is awarded to pioneering artists and scholars who are active in a discipline represented by one of the academic units within the Meadows School.

Zollar founded Urban Bush Women in 1984 as a performance ensemble dedicated to exploring the use of cultural expression as a catalyst for social change. Under Zollar’s leadership, UBW has toured five continents and has performed at venues including Brooklyn Academy of Music, Lincoln Center for the Performing Arts and the Kennedy Center. Over the course of her career, Zollar has developed a unique approach to choreography that empowers artists to strengthen their involvement in cultural organizing and civic engagement – an approach that has evolved into UBW’s acclaimed Summer Leadership Institute. In addition to 34 works for UBW, Zollar has choreographed works for Alvin Ailey American Dance Theater, Philadanco, University of Maryland and Virginia Commonwealth University, among others.

Zollar will conduct the first half of her residency at SMU February 17-28, working with Meadows dance students to restage her recent work Chalabati, which she originally choreographed for the UBW repertoire. The students will perform Chalabati as part of Meadows’ Spring Dance Concert, taking place March 26-30. For the second part of her residency November 10-21, Zollar will return to Meadows to conduct workshops with students and give them critical insight into the professional development process of a new work planned for Urban Bush Women, Walking with ʼTrane...Chapter 3. The new dance suite, which is inspired by Coltrane’s formidable legacy and his seminal work A Love Supreme, is taking a cinematic approach to the jazz legend’s life with the help of composers/conceptual artists Mendi and Keith Obadike and playwright/director Talvin Wilks, with whom students will have a chance to collaborate.

“The Meadows School is a leader in the field of arts education, particularly for integrating community engagement and interdisciplinary practice into the standard arts curriculum,” said Jawole Zollar. “I’m thrilled to be this year’s Meadows Prize recipient and look forward to collaborating with Meadows students to explore the creative process on multiple levels.”

Inaugurated in October 2009, the Meadows Prize is presented annually to up to two pioneering artists. It includes support for a four-week residency in Dallas, in addition to a $25,000 stipend. In return, recipients are expected to interact in a substantive way with Meadows students and collaborating arts organizations, and to leave a lasting legacy in Dallas, such as a work of art that remains in the community, a composition or piece of dramatic writing that would be performed locally, or a new way of teaching in a particular discipline.

A full bio and additional background on the Meadows Prize follow.

A native of Kansas City, Missouri, Jawole Willa Jo Zollar trained with Joseph Stevenson, a student of the legendary Katherine Dunham. She earned a B.A. in dance from the University of Missouri at Kansas City and an M.F.A. in dance from Florida State University. In 1980 she moved to New York City to study with Dianne McIntyre at Sounds in Motion.

In 1984 Zollar founded Urban Bush Women (UBW) as a performance ensemble dedicated to exploring the use of cultural expression as a catalyst for social change. In addition to 34 works for UBW, she has created works for Alvin Ailey American Dance Theater, Philadanco, University of Maryland, Virginia Commonwealth University and others, and with collaborators including Compagnie Jant-Bi from Senegal and Nora Chipaumire. In 2006 she received a New York Dance and Performance Award (Bessie) for her work as choreographer/creator of Walking With Pearl…Southern Diaries. Featured in the PBS documentary Free to Dance, which chronicles the African American influence on modern dance, Zollar was designated a Master of Choreography by the John F. Kennedy Center for the Performing Arts in 2005. Her company has toured five continents and has performed at venues including Brooklyn Academy of Music, Lincoln Center for the Performing Arts and the Kennedy Center. UBW was selected as one of three U.S. dance companies to inaugurate a cultural diplomacy program for the U.S. Department of State in 2010. In 2011 Zollar choreographed visible with Chipaumire, a theatrical dance piece that explores immigration and migration. In 2012 Zollar was a featured artist in the film Restaging Shelter, produced and directed by Bruce Berryhill and Martha Curtis, and currently available to PBS stations.

Zollar developed a unique approach to enable artists to strengthen effective involvement in cultural organizing and civic engagement, which evolved into UBW’s acclaimed Summer Leadership Institute. She serves as director of the Institute, founding artistic director of UBW and currently holds the position of the Nancy Smith Fichter Professor of Dance and Robert O. Lawton Distinguished Professor at Florida State University.

A former board member of Dance/USA, Zollar received a 2008 United States Artists Wynn fellowship and a 2009 fellowship from the John Simon Guggenheim Memorial. Still dancing, she recently toured in a sold-out national tour presented by 651 ARTS as a leading influential dancer/choreographer on a program that included her early mentor Dianne McIntyre, her collaborator Germaine Acogny, Carmen de Lavallade and Bebe Miller. As an artist whose work is geared towards building equity and diversity in the arts, Zollar was recently presented with the 2013 Arthur L. Johnson Memorial award by Sphinx Music at their inaugural conference on diversity in the arts. In addition, Zollar was named a recipient last April of the 2013 Doris Duke Performing Artist Award.

The Meadows Prize replaced the Meadows Award, which was given annually from 1981 to 2003 to honor the accomplishments of an artist at the pinnacle of a distinguished career. Meadows Prize recipients must be pioneering artists and scholars active in a discipline represented by one of the academic units within the Meadows School: advertising, art, art history, arts management and arts entrepreneurship, communication studies, dance, film and media arts, journalism, music and theatre.

ABOUT THE MEADOWS SCHOOL OF THE ARTS

The Meadows School of the Arts, established in 1969 at Southern Methodist University in Dallas, has achieved prominence as one of the foremost arts education institutions in the United States. It offers undergraduate and graduate degrees in advertising, art, art history, arts management and arts entrepreneurship, communication studies, creative computation, dance, film and media arts, journalism, music and theatre. The goal of the Meadows School of the Arts is to prepare students to meet the demands of professional careers, as well as to provide opportunities for all SMU students and the broader Dallas community to grow in the understanding and appreciation of the arts.

While maintaining the highest level of craft in all of its disciplines, the Meadows School aims to be the most innovative arts and communications school in the country, developing new curricular initiatives including the first master’s degree in international arts management and a number of interdisciplinary minors such as arts entrepreneurship. The Meadows School is a leader in developing pioneering outreach and community engagement programs, challenging its students to make a difference locally and globally by developing connections between art, entrepreneurship and social change. 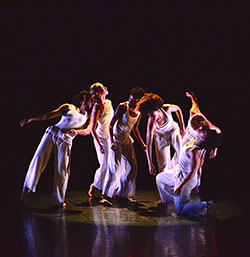