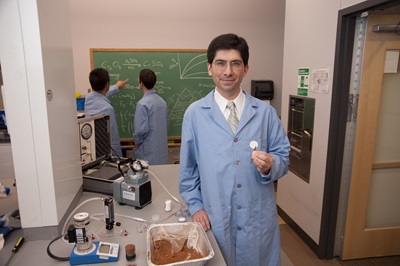 The Southern Methodist Professor whose studies assert that natural gas drilling isn’t as clean as advertised – and contributes heftily to the area’s air pollution – has been named a regional administrator of the Environmental Protection Agency.

Engineering professor Al Armendariz, who earned degrees from the Massachusetts Institute of Technology, University of Florida and University of North Carolina at Chapel Hill, was appointed by President Barack Obama to serve in the agency’s Dallas office, overseeing region 6, which includes Louisiana, Arkansas, New Mexico, Texas, Oklahoma and 66 Tribal Nations, according to an EPA statement. Regional administrators, acting under the direction of the EPA administrator, are responsible for promoting state and local environmental protection efforts.

“I look forward to working closely with Al Armendariz on the range of urgent environmental issues we face, in region 6 and across the nation,” said EPA Administrator Lisa P. Jackson, in a statement. “At this moment of great challenge and even greater opportunity, I’m thrilled that Al will be part of our leadership team at EPA. He will certainly play an instrumental role in our agency’s mission to protect our health and the environment.”

Earlier this year, Armendariz and the Environmental Defense Fund released a report stating that on-road motor vehicle emissions from five North Texas counties – Denton, Tarrant, Parker, Johnson and Ellis – was estimated at 121 tons per day, according to an August 2007 report prepared for the Texas Commission on Environmental Quality.

“Summer oil and gas emissions in the five counties of the D-FW metropolitan area with significant oil and gas production was estimated to be 165 tpd, indicating that the oil and gas sector likely has greater emissions than motor vehicles in these counties,” according to the report.

That statement, among others, prompted sharp criticism from the Barnett Shale Energy Education Council, The Texas Independent Producers and Royalty Owners Association, or TIPRO, and the Texas Oil & Gas Association, each of which offered its own take on natural gas production and its impact on area air quality.