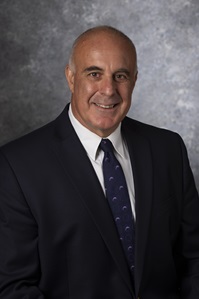 The research interests of Nicos Makris include the design and protection of structures against natural and man-made hazards in association with the development and testing of response-modification devices, the analysis and design of seismic isolated and rocking structures—from tall valley bridges, rocking walls in buildings and historic structures together with soil-structure interaction. Makris has also research interests in rheology and fractional calculus; while from 2003 to 2009 he directed the reconstruction of the North-East corner of the 4th century BC Temple of Zeus in Nemea, Greece:

Distinguished Visiting Fellow of the Royal Academy of Engineering, UK, March 2015.
Member of the Academia Europaea “The Academy of Europe”, since September 2012.
The Walter L. Huber Civil Engineering Research Prize from the American Society of Civil Engineers, for his research on developing and characterizing energy dissipation devices and clarifying the role of damping for seismic protection of structures, May 2001.
The Shah Family Innovation Prize from the Earthquake Engineering Research Institute, February 1999.
The T.K. Hsieh Award from the Institution of Civil Engineers, London, U.K., for the best paper published by the Institution in the field of Structural and Soil Vibration, November 1997.
The Henry Pusey Award from the Program Committee for the 67th Shock and Vibration Symposium (best paper out of 151 papers presented), 1997.
NSF CAREER Award from the National Science Foundation, USA, July 1996.
Fellowship from the Japan Society for the Promotion of Science (JSPS) under the JSPS Invitation Fellowship Program for Research in Japan, Spring 1996.
Research Assistant Scholarship, Department of Civil Engineering, University at Buffalo, September 1988-January 1992.
Scholarship for excellent academic performance, Institute of State Scholarships, Greece, 1984-1988.