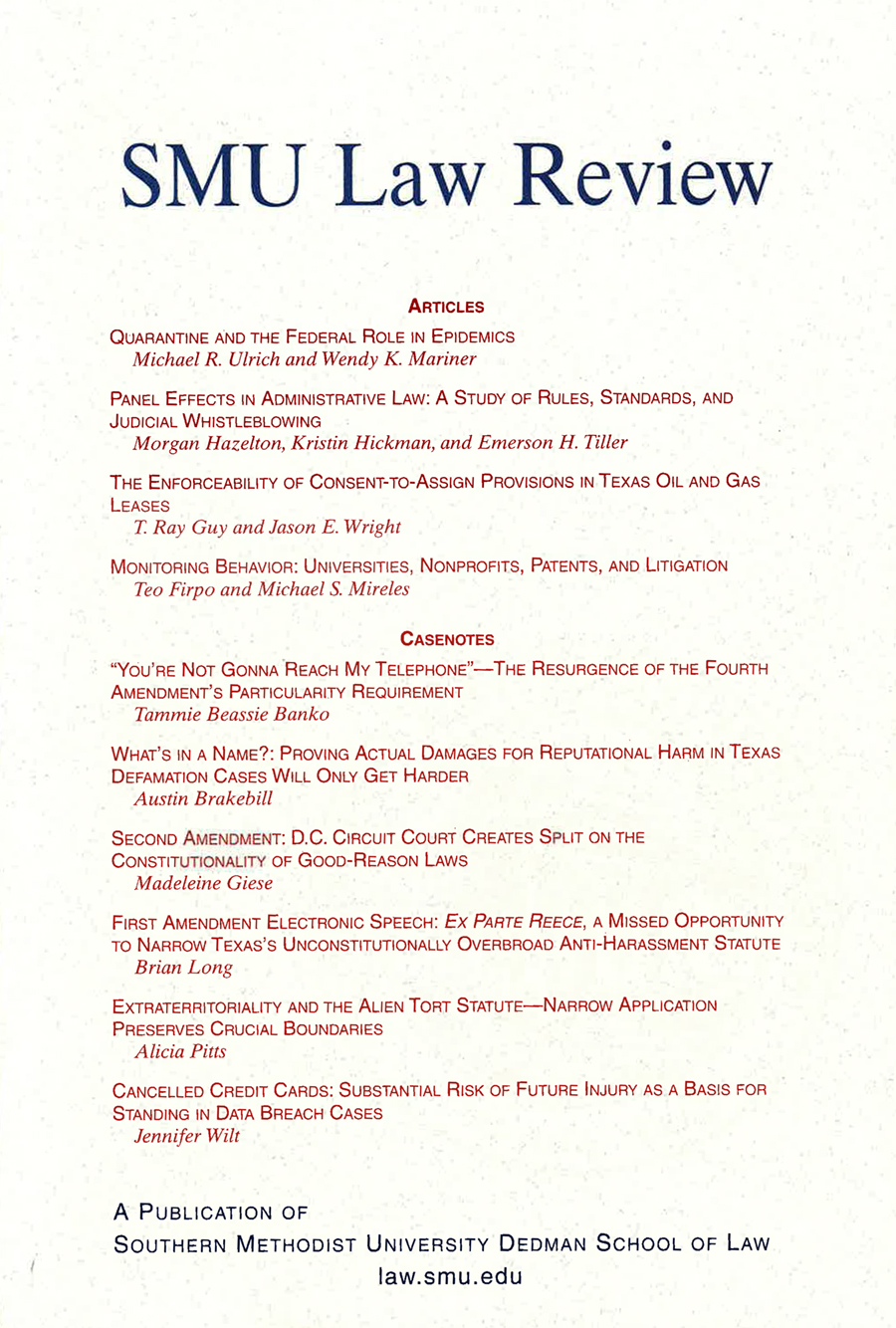 Before publishing as the SMU Law Review in 1992, the journal began in 1947 as Texas Law and Legislation and then as the Southwestern Law Journal in 1948.

Contract Law’s “Too Good to Be True” Doctrine—Is It?

By William A. Drennan– In a wonderful variety of emotionally charged contract law opinions, including the cases of the boastful cheater, the opportunistic attorney, and the careless concrete contractor, courts unfortunately have used the phrase “too good to be true” as a single-step test to decide enforceability. These cases can generate emotional responses ranging from empathy to schadenfreude because they involve a mistake with potentially disastrous results for one party (and a windfall for the other side). It is understandable that courts would be drawn to a catchy, down-to-earth phrase to reach a just resolution in these entertaining and memorable cases. [...]

By Jessica Feinberg – Multi-parentage has arrived. In recent years, a growing number of courts and legislatures have recognized that a child may have more than two legal parents. A number of significant societal, medical, and legal developments have contributed to the trend toward multi-parentage recognition. The traditional family structure of a married different-sex couple and their biological children currently represents only a minority of U.S. families. [...]

By Lori A. Nessel – In the last five years, the Supreme Court has had a frenzied approach to judicial review of agency action, with two wings of the Court pulling it in opposite directions. The ideological divide of the Court on deference to agency action was on stark display in three recent cases dealing with the Patent and Trademark Office’s (PTO’s) new proceeding for reevaluating issued patents (inter partes review (IPR)). [...]