Board of Advocates Spring 2020 Competitions

This past weekend, SMU Dedman School of Law competed once again in the Duberstein Moot Court competition.  This competition, hosted by St. Johns in Queens, NY, is one of the nation’s preeminent Moot Court competitions, and is the largest single site competition in the country.  This year, 59 teams from 46 different schools competed on two novel and highly technical issues of Bankruptcy law. The competition draws in over 200 volunteers from across the country and is exclusively judged by Federal Judges beginning in the quarterfinals. Final-round judges for the 2020 competition included Chief Bankruptcy Judge Carla E. Craig (E.D.N.Y., Brooklyn), Chief Bankruptcy Judge Cecilia G. Morris (S.D.N.Y., Poughkeepsie), Judge Michael J. Melloy of the U.S. Court of Appeals for the Eighth Circuit (Cedar Rapids, Iowa) and Judge Robert Summerhays of the U.S. District Court for the Western District of Louisiana (Lafayette).

For the second year in a row, SMU was crowned as National Champions! The team consisted of oralists Michael Creme and Michael Pipkin, brief writer Jordan Brownlow, and coaches Omar Alaniz, Liz Boydston, Tim Springer and Alex Cohen.  This win marks the second straight championship for Mr. Creme, as well as 5 out of the last 8 National Championships for SMU.

Please join us in congratulating this outstanding accomplishment! 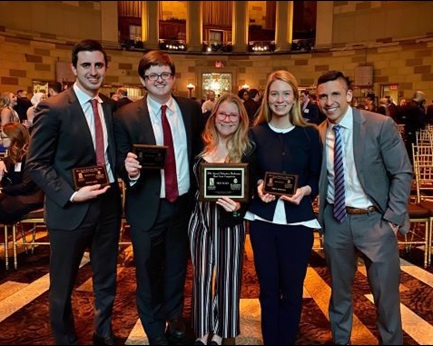 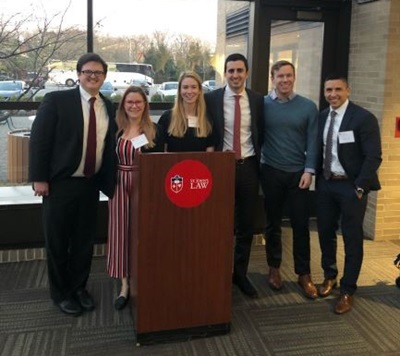 Congratulations 2019-2020 ABA Client Counseling Regional CHAMPIONS and Runners-Up!  The SMU Dedman School of Law - ABA Client Counseling team, coached by Stephanie M. Gonzales '09 competed February 15, 2020 at Boston University School of Law.  This is the eighth consecutive year and ten client counseling teams that Gonzales has successfully coached to the final round at Regionals.  This year's topic is Estate Planning.

2L James Fletcher and 2L Mark Streiff were tied for first, with the lowest overall score, after the three preliminary rounds.  The lowest possible score after three preliminary rounds is 9 points.  Fletcher and Streiff received six perfect 1 scores during these rounds.  "They were on FIRE,"  Gonzales said.  "All the discussions, practicing, and studying of the law finally kicked in and these two were the lawyers I always knew they could be."  Fletcher and Streiff dominated their semi-final round against University of Massachusetts -Dartmouth School of Law and advanced to the finals.

2L Trent Koen and 2L Kathryn Monroe fought their way to the top.  After the preliminary rounds, they were at the bottom of the advancement pack.  They didn't let this get them down; instead, they focused, listened to Gonzales' coaching advice and also dominated in their semi-final round beating Georgetown University Law Center.  "There is something powerful to be said about having your back against the wall and being forced to dig deep to find the Champion within," Gonzales said.  "Koen and Monroe had the drive and determination and never lost sight of the end goal."

SMU was the only school to have both their teams advancing to the semi-finals and the finals.  Both SMU teams and Boston University School of Law battled it out in the final round.  The judges were impressed by the preparation and repeatedly commented on the skill level of the advocates.  All four SMU students exhibited legal prowess, compassion, and empathy for their client who was seeking estate planning advice.

After five rounds of competition, Koen and Monroe were announced as Region 1 Champions, and Fletcher and Streiff were awarded Runners-Up.  Gonzales has not had a team go one-two since 2015.  "I am so incredibly proud of all four of them.  I have never had a team of all second-year law students and to see the amount of skill they have achieved after such a short time is mind-blowing,"   Gonzales said.  "I am even more excited about their potential and predict a lot of success in their future."

Gonzales and her ABA Client Counseling teams would like to express their sincerest gratitude to 2L Patrick McGuire, who has researched, created client profiles, played a client, and given great feedback during their practices.  Also, a huge thank you to Karina Rambeau '19, who helped strategize with Gonzales and provided support and assistance to the teams.  Gonzales said it takes a team of lawyers behind the team of advocates to be successful, and she is grateful that so many alums, friends, and members of her ABA CC family are always so willing to come back and help.  This team is so much more than just a competition for Gonzales and so many of those that she has coached over the past nine years.

The team will be competing at Quinnipiac University School of Law on March 20-21, 2020 for Nationals.  Please join all of us in congratulating the teams on their huge accomplishment and wishing them all the best as they prepare for Nationals. 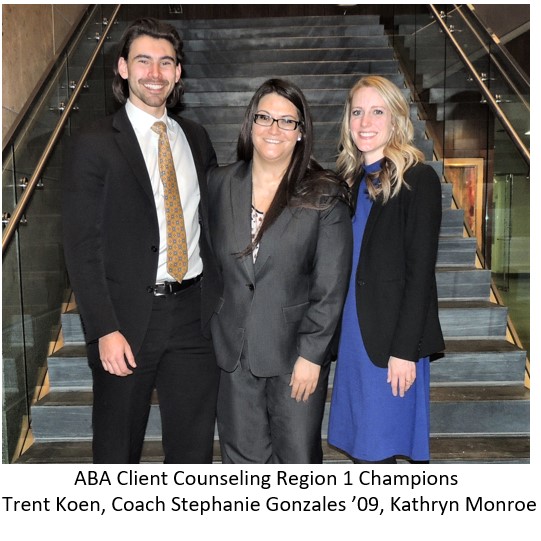 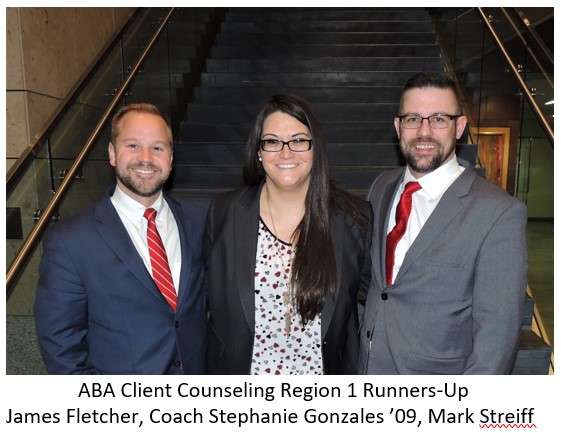 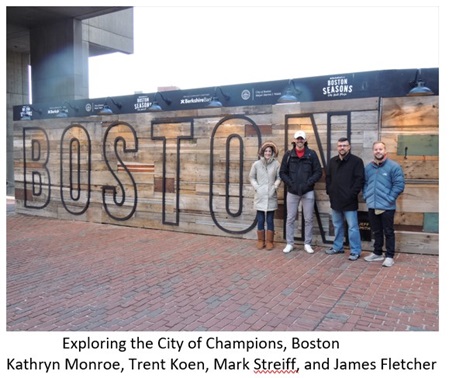 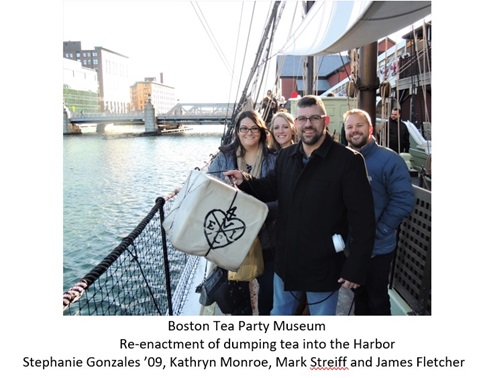