Announcing a fascinating historical book that gives a rare look at a high-profile fugitive slave case.

James Collins Johnson made his name by escaping slavery in Maryland and fleeing to Princeton, New Jersey, where he built a life working at what is now Princeton University. After four years, he was recognized by a student from Maryland, arrested, and subjected to a trial for extradition under the 1793 Fugitive Slave Act. On the eve of his rendition, after attempts to free Johnson by force had failed, a local aristocratic white woman purchased Johnson’s freedom, allowing him to avoid re-enslavement. The Princeton Fugitive Slave reconstructs James Collins Johnson’s life, from birth and enslaved life in Maryland to his daring escape, sensational trial for re-enslavement, and last-minute change of fortune, and through to the end of his life in Princeton, where he remained a figure of local fascination. By telling Johnson’s story and examining the relationship between antebellum Princeton’s black residents and the economic engine that supported their community, the book questions the distinction between employment and servitude that shrinks and threatens to disappear when an individual’s freedom is circumscribed by immobility, lack of opportunity, and contingency on local interpretations of a hotly contested body of law. 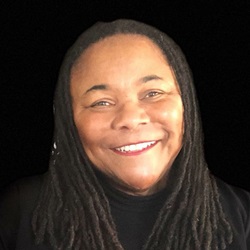 Lolita Buckner Inniss is the Senior Associate Dean for Academic Affairs and Professor pf Law at SMU Dedman School of Law. Dr. Inniss received her undergraduate degree from Princeton and her J.D. from University of California, Los Angeles. She also holds an LL.M. with Distinction and a Ph.D. in Law from Osgoode Hall, York University in Canada.  Her research addresses geographic, historic and visual norms of law, especially in the context of comparative constitutionalism, race and gender.

REVIEWS OF THE PRINCETON FUGITIVE SLAVE:

“Inniss presents a riveting legal review of a high-profile fugitive slave case…. this study is a welcome addition to all research, legal, and public libraries as an invaluable addition to this emergent field of studies.”

James H. Johnston, author of From Slave Ship to Harvard: Yarrow Mamout and the History of an African American Family:

A rare story. James Collins Johnson was a legend among Princeton students, and Inniss provides enriching detail to explain what slave life was like, the difficulties of escape, the practical operation of the fugitive slave law, and why an owner would bother to seek a slave’s return four years after he left.

The Princeton Fugitive Slave is fascinating historical detective work. Lolita Buckner Inniss has recovered the journey of James Collins Johnson from his youth as a slave on the Maryland Eastern Shore to his life as a free man in Princeton. Deeply researched, the book overturns any lingering idea that Princeton was a haven from the broader society. Johnson had to cope with the casual racism of students, occasional eruptions of racial violence in town and the ubiquitous use of the N-word by even the supposedly educated. This book contributes to our understanding of slavery’s legacy today.