The ABA Arbitration team, coached by Stephanie Gonzales '09 and assisted by Ty Harding '19, competed at Liberty University in Lynchburg, VA on November 15 and 16.  Team Respondent Attorneys, James Fletcher and Kathryn Monroe, battled against a 3L returning team from South Dakota and won the round by over a combined 30 points.  Fletcher and Monroe scored a 107 out of a total possible score of 120.  Team Claimant Attorneys, Raheela Ahsan and Mark Streiff, fought a very close match against Texas Tech's 3L returning team.  The judges' ballots were split during their round, and only four points separated the two teams.  After the preliminary round, the team was tied with three other schools for a spot in the semi-finals.  Tie-breaking protocol had to be used to determine advancement. 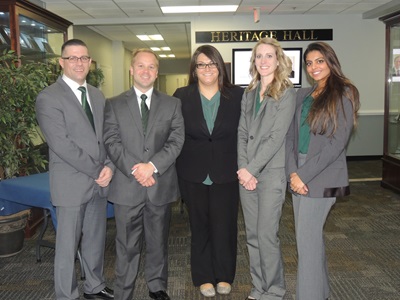 
Judges were impressed with the caliber of the advocacy skills and lawyering exhibited by Ahsan, Fletcher, Monroe, and Streiff.  Coach Gonzales is extremely proud of her 2L competing team for working hard during a summer Arbitration boot camp, learning Evidence and objections, bonding at a team retreat in Gordon, Texas, and for representing the BOA and SMU Dedman with professionalism and grace at regionals.  A huge thank you also goes out to the team's vital fifth member, Roslyn Dubberstein, for all her support, coaching, and willingness to assist her teammates and coaches in their preparations.  The 2019 ABA Arbitration team would also like to give a special shout-out to Briana Blackman '19 and Charles Entsminger '19 for burning the midnight oil and showing this year's team how Champions are made. 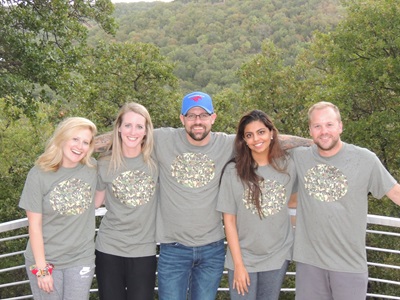