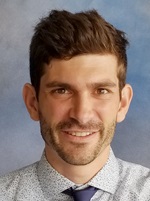 Michael Shapiro is a law fellow with the First Amendment Clinic at SMU Dedham School of Law. Before coming to SMU, Michael worked for the NBCUniversal News Group in New York City, where he reviewed broadcast and podcast scripts for defamation risk, helped reporters obtain public records, and advised the network on drone law issues. He also worked as a legal fellow at the Reporters Committee for Freedom of the Press in Washington, D.C., where he filed motions and amicus briefs in First Amendment and public records cases in trial and appellate courts. Michael is a graduate of the University of Virginia School of Law and prior to law school was a journalist at newspapers in Virginia, South Carolina, and Texas.